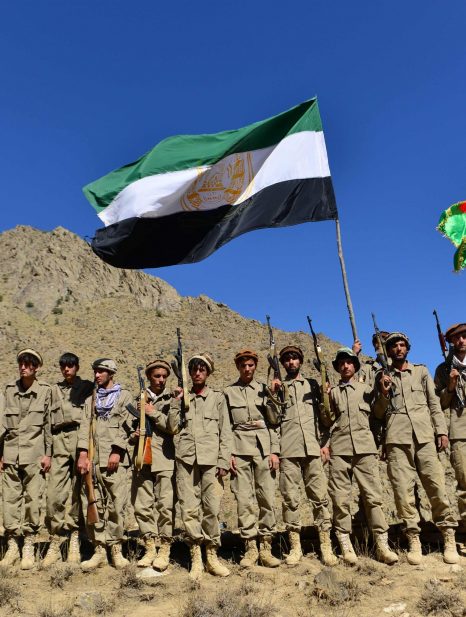 The Taliban has claimed that the group’s fighters have captured Panjshir province exerting its control all over Afghanistan. The National Resistance Front (NRF), led by Ahmad Masoud, son of slain Ahmad Shah Masoud, has rejected it.

In a statement issued earlier today, September 06, the Taliban said that Pajshir has been completely conquered by the Taliban fighters putting an end to the war all over Afghanistan. Describing the NRF fighters as “rebels” the statement added that some of the NRF fighters were suppressed while some other fled the province.
Moreover, the Taliban militants posted a video posing in front of the Panjshir governor office and declaring their victory over the resistance forces.

The group also assured that they will not have discriminatory behavior with Panjshir residents.
On the other hand, the NRF rejected the Taliban’s full takeover of Panjshir, adding that the resistance forces are present in all strategic positions across the valley. “Taliban’s claim of occupying Panjshir is false. The NRF forces are present in all strategic positions across the valley to continue the fight,” the NRF said in a tweet immediately after issuance of the Taliban statement.
Furthermore, the NRF assured that they will continue their struggle against the Taliban until the “justice prevails” in Afghanistan.
With the collapse of the capital Kabul on August 15, all provinces, except Panjshir, fell to the Taliban almost without any resistance. Hundreds of armed opponents, including former members of Afghan security and defense forces, were said to have gathered forces in the province to resist against the Taliban under leadership of Ahmad Masoud and former Vice President Amrullah Saleh.
The Taliban and representatives of the NRF also engaged in a series of talks after the fall of Kabul but to no avail. Subsequently, the Taliban fighters intensified attacks on Panjshir and stormed the province from several directions.

The two sides have reportedly suffered heavy casualties over the past few days.
Fahim Dashti, a well-known journalist who was spokesperson of the NRF and a close associate of Ahmad Shah Masoud in the 1970s, was also confirmed the death.