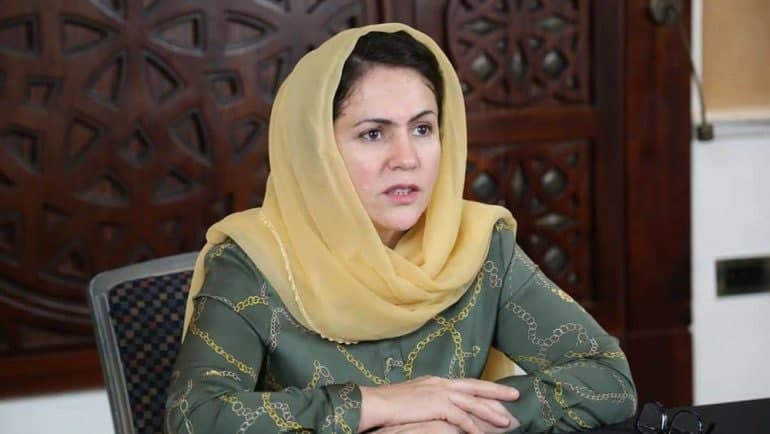 In a statement, the party stressed that Afghans in particular women and children have suffered casualties during the conflicts in different parts of the country. The statement emphasizes that peace talks should be accelerated and an immediate and humanitarian ceasefire must be declared.

According to the statement, the two sides of war should not take away the opportunity of humanitarian aid to the Afghans, especially women.

Talking at a news conference held today, Wednesday, August 11, Fawzia Koofi expressed concerns regarding the situation of civilians in particular women in areas under the Taliban’s control.

“Women in many places have been told not to leave their houses without having a male member with them,” she said, adding that, “most women who have lost male members of their family to the war, do not have a man accompany them outside.”

Koofi, however, said the situation needed serious attention and the Taliban should act responsibly in the areas under their control.

She stressed that if the Taliban plans to form a government in Afghanistan, they must act responsibly and reassure people that they support the people.

The Taliban has intensified violence to gain more territories across the country. The peace talks on the other hand between the Afghan government and the Taliban is very slow.

The Taliban insurgents have overrun nearly 200 districts in the past three months. The group has also taken over nine provinces in the past five days. Government officials say the Taliban militants have restricted women in many of these areas.

On July 30, a number of Afghan women issued a joint statement claiming that the Taliban use women as sex slaves in areas under their control.

They called on the group to stop forcing women into forced marriages.