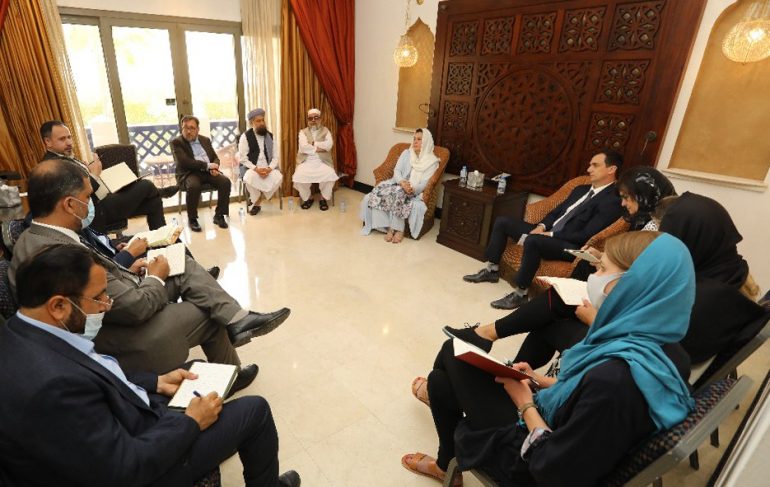 Meeting with negotiating team members of the Islamic Republic of Afghanistan in Doha, Gilles Michaud, UN Under-Secretary-General for Safety and Security, has restated the UN’s continued support for the Afghan peace process.

“The members of the negotiating team also expressed hope that in this round of talks, major and essential issues should be discussed and that progress must be achieved with the desire of the Afghanistan people,” the negotiation team of the Islamic Republic of Afghanistan said in a tweet.

On June 01, some members of the negotiating team departed Kabul for Doha to resume negotiations with the Taliban which remained stalled since December 2020. However, no meeting has so far been reported between the two sides.

This comes as Pakistan, China, and the EU mission in Afghanistan have recently called on the two sides to resume negotiations as soon as possible.

The violence must stop and the peace talks must move from discussions on procedures to substantial negotiations, European Union’s Special Envoy for Afghanistan, Tomas Niklasson, said during his visit to Afghanistan, according to the EU’s statement issued on Friday, June 04.