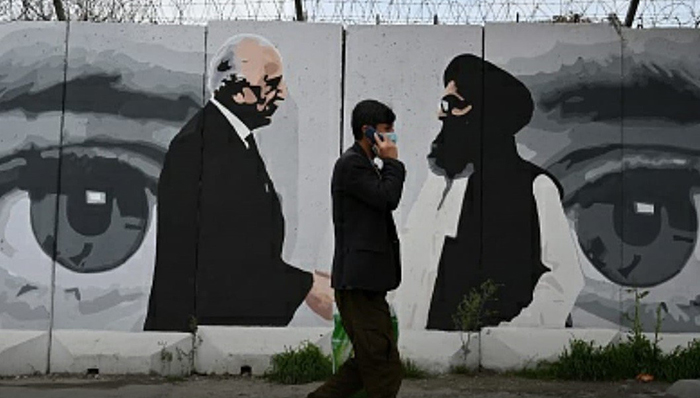 The Taliban leaders are reluctant to continue with negotiations after returning from their visit to Pakistan, says a government negotiator. Calling the late return of Taliban leaders from Pakistan, including the group’s chief negotiator Mawlawi Abdul Hakim, as main cause of postponement in intra-Afghan talks, the government negotiator says the Taliban are wasting time. “The Taliban leaders have now returned to Doha but they do not show interest to continue the negotiations. I think they might not have had a good meeting with the Americans about release of their [remaining] prisoners.”

The negotiation team of the Islamic Republic of Afghanistan left Kabul for Doha, earlier in January, to attend the second round of intra-Afghan negotiations. However, except two meetings held between the contact groups of the negotiating parties in which both sides shared their favorite themes for the negotiation agendas, no other meeting has been held so far.

Abdul Hafiz Mansour, a member of the government-led negotiation team, says that they have recently made a decision to ask the Taliban to take preparations for having a debate with the presence of media or in its absence, or a complete religious debate in a bid to resolve the issue. “It must be made clear that who stands on the right side and whether or not the Afghan war is religiously legitimate as the Taliban, who disguise to be followers of Sharia, claim seeking establishment of an Islamic system,” he added.

Other than Qatar, the militant group seems reluctant to hold talks in other place and mediation of any other Islamic country or Islamic organization.

Two other members of the government-led negotiation team also told Kabul Now that the Taliban are reluctant to continue with the negotiations for they have now new demands from the Americans and new orders from Pakistan. “The Taliban are not holding talks now. They ask the Americans to release their prisoners and delist them from the black list.”

They have possibly received new orders from Pakistan as well, another government negotiator stated.

The Afghan government obviously keeps eye on the Biden administration, now some government negotiators and observers believe that the Taliban are also pinning hope to the new US administration under Joe Biden. US Afghan policy under the new administration is expected to have a new approach and it may review the US-Taliban peace agreement signed on February 29, 2020, in Doha. Officials of the government have repeatedly criticized the agreement. The Second Vice President Sarwar Danish, even went further in October, asking the new US administration to review and re-assess the US-Taliban peace deal. Most recently the Firs Vice President Amrullah Saleh, in an interview with the BBC World Service, denoted that the US mission in Afghanistan is not “accomplished” and the Taliban has not cut its ties with Al-Qaida. “The massive concessions so far given to them [the Taliban] was a mistake,” Saleh said in regard with the US-Taliban agreement.

On January 19, Antony Blinken, Joe Biden’s nominee for US Secretary of State said during his confirmation hearing at the US Senate that he would undertake a review of the US-Taliban peace deal. “We have to look carefully at what has actually been negotiated. I haven’t been privy to it yet,” he said about the deal signed during the tenure of Mike Pompeo as Secretary of State under Donald Trump’s administration.

In addition to late return of the Taliban chief negotiator from Pakistan, Mohammad Ikram Andeshmand, a researcher, believes that there are many other factors behind slow progress in intra-Afghan negotiations. He highlights these factors as internal differences among the government-led negotiations team, lack of a regional consensus on the Afghan peace process, differences on leading a post-peace government, differences between negotiating parties on what should be placed on the top of the negotiations agenda, Islamic system; and release of Taliban prisoners.

Taking on the Taliban’s demand for delisting them from UN black list and release of their remaining prisoners, Nazar Mohammad Motmaeen, a political commentator close to the group, says that both issues have been already stipulated in the US-Taliban agreement. “The intra-Afghan talks starts upon release of 5,000 Taliban prisoners. Then, the release of 7,000 to 11,000 [Taliban] prisoners will start as a good will gesture between the Afghan government and the Taliban,” Motmaeen interpreted the US-Taliban deal.

According to him, the US has agreed with the militant group to remove the Taliban from US and UN black lists within three months which have not been done so far. “If this is not accepted [accomplished], it means that the US has withdrawn the agreement and its implementation is difficult.”