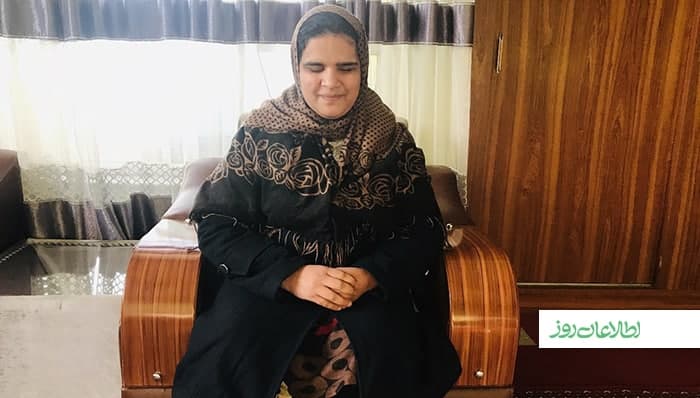 Tina 24, was born into an intermarried parents. She is blind by birth.
KabulNow·January 3, 2021

Children of intermarriage can’t see world around them

“To see the faces of my parents is my only dream,” says the 15-year-old Reza, who was born into parents with intermarriage background. The colorful human life on blue planet seems dark to Reza. All he knows about world of colors is names. Perhaps it could be different for him and other blind-born children if they were born into a different parents with different marital backgrounds. His parents took Reza to hospital soon after they woke up to saddest reality of their marriage life: their child, Reza, was unable to see things around him, but doctors could do nothing to change this reality.

“To see the faces of my parents is my only dream.”

The 24-year-old Tina, who was born of intermarriage, is also blind. Her cousins suffer a similar physical disability. They were born blind by birth.

The 16-year-old Suraya, who is a tenth grade student, was born blind. Her family, having realized she was unable to see, took her to hospitals but doctors could do nothing for her vision.

Intermarriages are banned in many countries or at least not culturally accepted. In Afghanistan, however, intermarriage is a common practice and people pay least attention to its consequences.

The Ministry of Public Health plans to launch premarital genetic testing program and encourage citizens to have marriages outside family so that their future children would not be born with physical disorder.

Dr. Shukrullah Zirak, an orthopedic and physiotherapist at Red Cross Orthopedic Center, says that intermarried couples should have their blood tested to avoid any negative consequences which put their future children at risk.

Dr. Abbas Ali Ramozi, professor of genetics at Kateb University, says that the children born of intermarriages are at risk of physical disability.

Afghan Landmine Survivors’ Organization, ALSO, however, calls on that the government to undertake awareness campaign and establish counseling centers for children with disabilities who at are risk of being abused.

“I would advise families to avoid intermarriages for the sake of their children’s health, but those who still want to have intermarriages, should consult geneticists before marriage,” Dr. Ramozi explained.

“The doctors said my eyes were infected, but my family could not afford to take me to a better hospital or abroad for treatment,” says Reza, whose father is a vendor and her mother is a housewife.