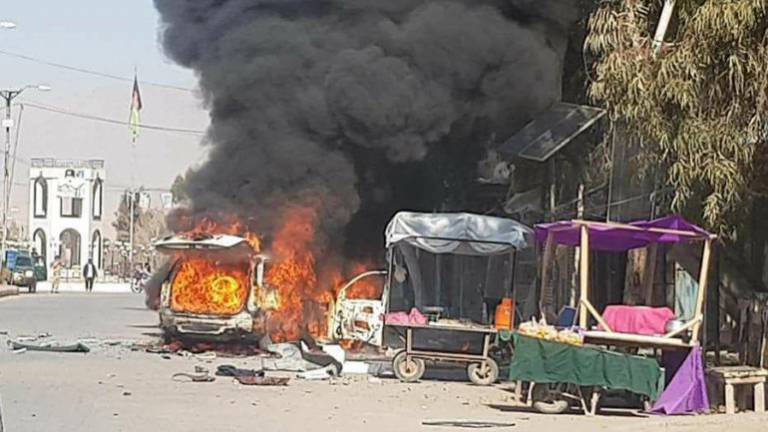 10 people including a local journalist wounded in Uruzgan

As many as ten people including a local journalist were wounded after explosives placed in a motorcycle went off in Trinkot, the capital of southern Uruzgan province, said a local official, today, Tuesday, January 19.

Those wounded are two policemen and eight civilians including children and women.

A local source, on condition of anonymity, told Kabul Now that a local journalist was also wounded in the blast.

The governor said that explosives placed in a motorcycle went off to target a vehicle of Afghan police.

No group has claimed immediate responsibility.

The southern Uruzgan province is restive where the Taliban militants control a large swath of territory.