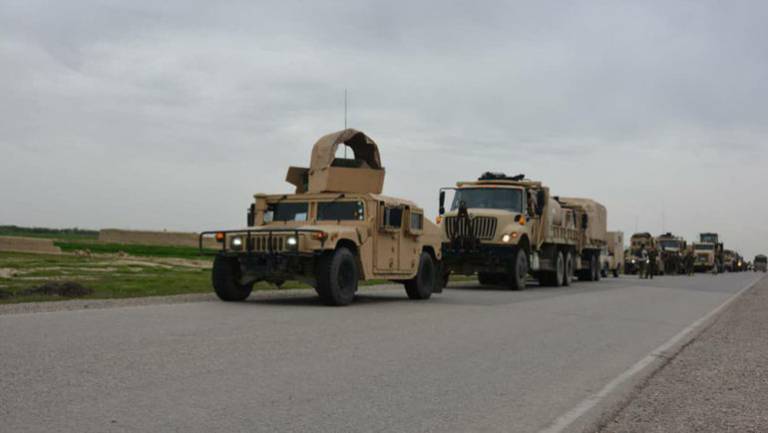 A group of Afghan security forces, who were dispatched to conduct cleansing operation in Jalrez, have been ambushed by the Taliban militants while they were en route to Kabul, says Mahdi Rasikh, an MP who represents Maidan Wardak.

MP Rasikh told Kabul Now, on Monday, December 14, that an operative group of government forces, consists of 150 security personnel, have been trapped in a Taliban ambush in Esmail Khel village of Jalrez district since Sunday evening.

Clashes between the government forces and the Taliban militants are underway, according to Mr. Rasikh.

No causality has been inflicted on the Afghan forces, as PM Rasikh says, but they are in a ‘critical situation’ and would lose their lives if air and ground reinforcement forces are not deployed to save them.

The Afghan ministry of defense (MoD), however, denies the news of Afghan forces being ambushed by the Taliban.

Fawad Aman, a spokesperson for the MoD, told Kabul Now that Afghan forces are busy carrying out cleansing operation in parts of Jalrez district.

In a statement issued on December 07, the MoD announced that Jalrez-Maidan Shahr highway was cleaned from the militants’ presence.

Jalrez-Maidan Shahr highway is a busy main road which connects central Afghanistan to Kabul. Highly insecure, this highway is known as highway of death.