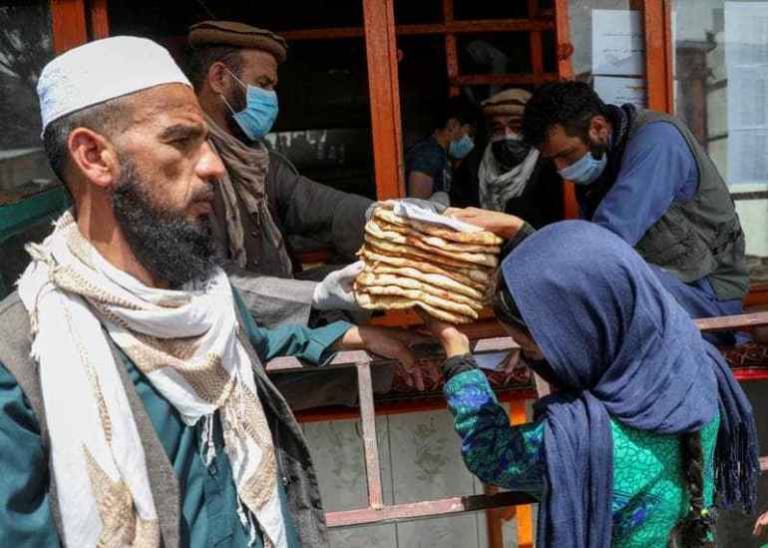 An Afghan girl receives free bread distributed by the government, outside a bakery, in Kabul, Afghanistan May 3, 2020.
KabulNow·November 4, 2020

Afghanistan is likely to receive reduced pledges for aid from international donors gathering in Geneva next month, three sources familiar with discussions said, amid uncertainty over how the government’s peace talks with the Taliban will progress.

Washington is hoping the intra-Afghan peace process will eventually bring the curtain down on the United States’ longest war, as it plans to withdraw the remaining few thousand personnel still in Afghanistan by May.

But the withdrawal of foreign forces will leave behind a country still dependent on foreign aid, and one in which the Taliban could secure greater influence, making donors uneasy over whether the hardline Islamists will try to roll back progress made on human rights and girls’ education.

“Needs for continued grant support have been exacerbated by the COVID-19 crisis,” Henry. G. Kerali, the country director for the World Bank in Afghanistan told Reuters, adding that grant support was also needed to create jobs.

“The pathway to peace will be much more difficult to navigate if sufficient economic opportunities are not available to young Afghans.”

The Taliban did not respond to requests for comment on the concerns, and it was not known whether their representatives would be invited to the donor conference in Geneva on Nov. 23/24.

But some analysts see foreign aid as vital in helping donors shape policies of any future Afghan government.

“It’s one of the primary forms of leverage the US and international community believe they have over the Taliban,” said Andrew Watkins, an analyst covering Afghanistan for International Crisis Group.

“Any future Afghan state will rely on foreign aid almost as much as the current one does.”

The coronavirus has made Afghanistan’s plight worse, with government revenues sinking and unemployment and poverty projected to rise dramatically.

But donors are likely to tell Afghanistan to expect possibly significantly less aid, while also imposing stricter conditions and committing funds for a shorter period, said the three sources, who declined to be named because the discussions are private.

They said the United States, Afghanistan’s largest donor, was likely to make deep cuts to its annual contribution of around $800 million for civilian funding, beyond the money allocated for defence and security needs.

One said Washington could not only “cut aid by half”, but could also move “away from a four-year-commitment cycle” to pledge funds for just a year.

Other NATO members like Britain and France were also considering reducing pledges, while Australia was planning cuts of up to 30%, two sources said.

The US State Department and Australia’s department of foreign affairs did not immediately respond to requests for comment. France’s Embassy in Kabul declined to comment and the British Foreign Office did not respond to questions around its plans on aid pledges.

Dozens of donor nations and multilateral institutions have met every four years to pledge the billions of dollars that fund roughly three-quarters of the Afghan government’s budget.

The aid is largely pledged to the Afghanistan Reconstruction Trust Fund (ARTF), a World Bank-managed fund that finances vital national priority programmes in a country where the United States has been fighting for 19 years.

At the last donor conference in Brussels four years ago, donors pledged $15.2 billion in aid to support Afghanistan between 2017-2020, an equivalent to $3.8 billion per year.

A spokesman for Afghanistan’s finance ministry said it was premature to comment on aid figures, but the government did not expect any reductions in pledges.

Finnish Foreign Minister Pekka Haavisto, whose government is co-organising the Geneva meeting, said one major change will be a switch to reviewing funding annually, rather every four years.

He said “strict conditions” would be applied during reviews to address donor concerns about corruption, and to safeguard progress made on rights since US-backed forces ousted a Taliban government in 2001.

“The donor community don’t want to lose the achievements of the last 19 years,” Haavisto told Reuters.