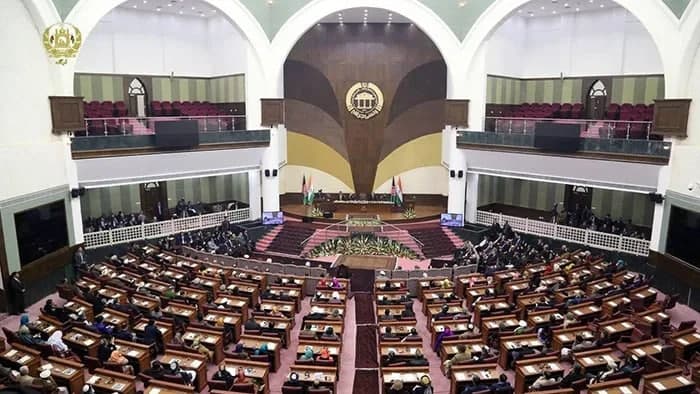 Afghan Parliament has blasted First Vice President Amrullah Saleh for his remarks against MPs at Afghanistan 2020 Conference in Geneva. Describing his remarks as “irresponsible”, MPs postponed approval process of candidate ministers until Saleh comes up with evidences supporting his claims.

Addressing the general assembly of the Parliament held today, Tuesday, November 24, Mir Rahman Rahmani, the house speaker, noted that they will also file complaints against Saleh in the country’s justice and judicial organs to defend the dignity of the Parliament.

In his remarks delivered at the Geneva conference late on Monday, November 23, VP Saleh accused some MPs, without naming any specific MP, of involvement in massive corruption. Adding that the Afghan government has failed to prosecute MPs charged with corruption, the VP called for removal of MPs’ legislative immunity.

In a statement, the Parliament termed Saleh’s claims as in contradiction to the Constitution, noting that his remarks have caused dispute within the state and put it in danger.

As written in the statement, MPs have further called on President Ghani to force Saleh to resign for his remarks against MPs at the Geneva conference.

VP Saleh has immediately reacted to the Parliament’s decision on his Facebook Page, asking MPs to review their decision. In his post, Salah has said that he respects the National Assembly or the Parliament of Afghanistan as one of three branch of the Afghan state.

He, however, asserted that his respect does not mean turning a blind eye on unlawful actions of some MPs.

The Parliament have already approved 10 cabinet ministers and have yet to approve the remaining members of the government’s cabinet, including more than 10 candidate ministers.