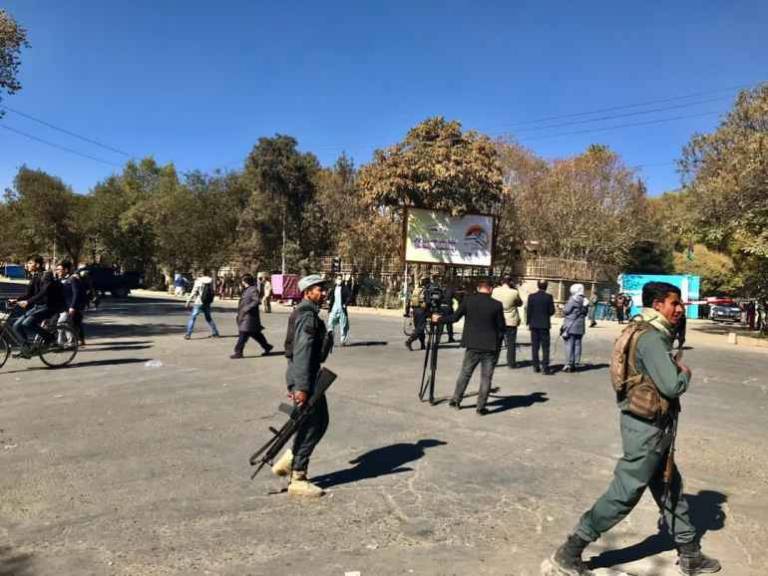 Unknown gunmen broke into campus of Kabul University at around 11:30 AM today, November 02, and opened fires.

Tariq Arian, spokesperson for the Ministry of Interior (MoI), confirmed the incident, saying that security forces have taken control of the situation by cordoning off the area.

Akmal Samsor, spokesperson for Ministry of Public Health (MoPH), says that six wounded, including a professor and a student, were taken to hospitals.

Reacting to Kabul University attack, Sediq Sediqqi, spokesperson for the President, wrote on Twitter that the Afghan security forces are capable to eliminate the terrorists.

The Taliban militants, however, have denied involvement in the attack, and so far no individual or militant group has claimed responsibility for the attack.

The attack on Kabul University comes while the government and Taliban negotiators have been meeting in Qatar, since September 14, to reach a peace deal and end the nearly 20 years of war. But progress in talks is slow and the two sides have become bogged down in setting principles for substantive negotiations.
Afghanistan’s first Vice President, Amrullah Saleh, has condemned that the attack on Kabul University. The attack shows there are  intelligence lapses on the part Afghan security organ, Mr. Saleh wrote on Facebook.