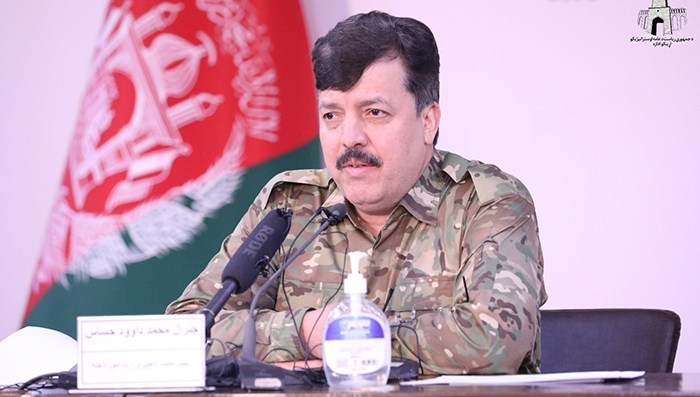 Reforms undertaken at Ministry of Interior

Afghan authorities have undertaken a reform initiative at the Ministry of Interior (MoI) under which hundreds of police personnel have been suspended and billions of afghanis have been saved.

The MoI, which is a key security agency, is mired with endemic corruption and in May 2017, President Ghani said that was the “heart of corruption.”  Daud Hassass, head of the ministry’s internal security, said that the personnel, who were alleged for corruption charges, have been suspended and some restructurings have been undertaken at the MoI.

Briefing about the reform process at a press conference held last Monday, October 19, General Mohammad Daud Hassass said that some reforms have been brought to the ministry over nearly past 18 months. A key reform was restructure of the ministry’s General Directorate of Intelligence.

Moreover, he predicted that around “28 billion litter oil” will be saved through 1399 Fiscal Year.

In area of ammunitions, as the MoI official puts it, around 21 million munitions of different weapons have been saved in 1398 fiscal year. “An additional 10 million ammunitions have been saved in 1399. This savings are at a time when the war has got more intensified during these two years (1398 and 1399) than the previous years,” Hassass asserted, assuring that the reform process will continue and will be strengthened further.

A total of 2,393 police personnel and a number of the MoI’s civil servants have been arrested during 1398 and 1399 fiscal years, the MoI official said. Out of the arrested personnel, 332 people are charged with corruption, 86 are accused of murder, 32 have been involved in robbery, 153 were charged of wounding victims of criminal acts, and 31 others were charged with adultery and sodomy. Hassas added that the personnel’s dossiers were already handed over to justice and judicial institutions for prosecution.

The MoI official also said that of those police personnel whose arrest warrants were issued in 1395 and 1397, the police have arrested 151 personnel. According to him, a total of 648 ghost soldiers were unlisted from the police’s payroll.

As he detailed, 54 police personnel were arrested over cooperation with the Taliban and 80 others, who were suspicious of having cooperation with the militants, were reshuffled in 1398 and 1399. He continued that 103 personnel were fired from their post over the same accusations. “We fired them from police ranks when they were proven to be suspicious but the required evidence were not collected to hand over their cases to justice and judicial institutions.”

According to the MoI official, the procedure to tackle corruption cases has undergone changes. “The changes are as follow: When the teams verify a case, the crime perpetrators are being interrogated on the site and are sent soon to prosecution offices along with their dossiers. It has been very effective,” Hassas stated.

Furthermore, he said that a new structure was created within the interior ministry in a bid to avoid the foreign spy agencies to infiltrate into Afghan police ranks. “The level of influence by foreign spy agencies have receded,” he said about the newly established structure, adding that he couldn’t share more details about it.

Special commissions have been formed to collect weapons and munitions of police and some police personnel who are being exploited beyond the duties defined for them within the police ranks.

The commissions have collected 303 different weapons, 161 vehicles, and re-assign around 300 police personnel – previously providing services for individuals who are not among the police ranks – back to their assigned units.

A total of 18 police vehicles, which were hidden, have also been recollected by police forces.