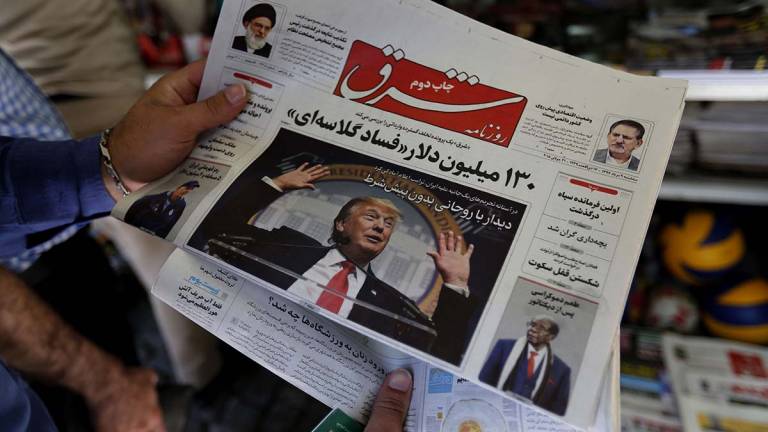 The snapback of US sanction on Iran

The United States recently moved to restore sanctions on Iran despite rejection by the majority member states in the UN Security Council.  The US imposed the first series of sanctions aimed at different military and financial institutions linked with the Iranian regime; right after President Trump took office in 2017. The unilateral approach by the White House pushed Iran to move away from its commitment in JCPOA provisions signed in Vienna and resumed the enrichment operations above the agreed level in the deal.

Reports behind the scene indicate that a great deal of pressure was put on the other members of the security council to support the US position, but only one small country, the Dominican Republic did so. For now, whatever Washington says, the snapback sanctions did not find any plausible audience among the other permanent members in the Security Council, leaving the United States no choice but to singlehandedly snapback crippling sanctions on Iran.

The snapback sanctions that the US Secretary of State Mike Pompeo announced means—the 13-year-old conventional arms embargo on Iran will no longer expire on October 18—UN member states will have to comply with a ban on Iranian enriching Uranium; as well as prohibitions on Iran’s capability in developing and testing ballistic missiles and abiding by sanctions on transfer of nuclear and missile related technology to Iran. Mike Pompeo vehemently warned other nations with severe consequences if any violations were observed circumventing these sanctions. For now, the United States seems to be isolated in snapping back sanctions on Iran as the remaining permanent members in the Security Council have vivid disapprovals with the US decision on expiring sanctions. President Putin of Russia has called the decision silly and major EU member states discredited the validity of the move at its core.

Iran and the United States have major disagreements on a large scale of global issues and Middle East related matters.

The JCPOA (The Joint Comprehensive Plan of Action) was reached with rigorous diplomatic discourse under president Obama administration in 2015. Iran and the United States agreed on a comprehensive deal allowing the Islamic Republic unprecedented relief in easing sanctions, in return for containment of enriching uranium used to make nuclear bombs. The Obama administration aimed at practicing a soft-core diplomacy engaging with Tehran through dialogue, starting with the Iranian nuclear deal followed with phased financial reliefs on Iranian crude oil exports as well as lifting arms embargo.

The Iranian foreign minister Javad Zarif in a recent interview with the Council on Foreign Relations blamed the United States for unilaterally violating the deal and bullying other participants on the deal to follow suits, despite unanimous rejection on US proposal on the extension of nuclear sanctions in UN Security Council’s most recent members meeting. He noted that the United States has lost its seat in the room and the country is in no position to dictate terms after its withdrawal from the deal in 2017.

Iran and the United States have major disagreements on a large scale of global issues and Middle East related matters. Once a formidable ally to the former Shah in Iran, the United States cut off all diplomatic ties with the country, in response to the hostage crisis at the US embassy in 1979, when the country fell under the Ayatollahs. The relationship went down the drain followed with major trust issues and a 35-year period of lies, distrust and covert actions and open aggressions at each other. However, the two potential adversaries shortly cooperated in targeting ISIS fighters in Iraq and Syria that was brief and accompanied with alleged skepticism and deception on both sides.

Iranian officials believe that the ultimate purpose of systematic sanctions on Iran is depriving ordinary Iranians of basic survival needs and promoting social uprising leading up to a regime change in Iran. The covert proxy confrontation between the two countries has no limits; the United States labels the Iranian regime as the main sponsor of Terrorism around the world and denounces its ambitions of destabilizing the Middle East through loyal Shia militia groups linked to its powerful IRGC forces. In return, Iran does not hold back from criticizing the American government in its growing interference in Arab affairs, and fostering Israeli interests in the Middle East.

The White House authorization resulting in the killing of Gen. Suleimani in early January diminished any window of amending relations between the two nemeses. The anger vouched in Iranian cities following the killing, compelled the regime in Tehran to retaliate and launched a series of missile attacks on two resident US bases in Iraq with no fatal casualties. Foreign minister Javad Zarif in his recent interview once again indicated further proportionate retribution avenging the blood of Iran’s most decorated military commander at a time and place of the regime’s choosing.

Furthermore, Iran sees the trend of normalization in diplomatic and trade relations between Israel and some Arab Gulf states as an imminent gesture to isolate and weaken Iran’s position in the Middle East and buy security for the Arab states in the event of any direct aggression from the Iranian regime. The state of Israel signed historic diplomatic deal with UAE and Bahrain at White House, witnessed and brokered by president Trump. Iran labeled the move as a grave mistake for the overall security in the Middle East and a stub in the back on the Palestinian cause for self-determination.

The fate of the foregoing sanctions levied on Iran will remain at limbo until the next elected president in the White House. Analysts believe that any reversal in writing off the prevailing sanctions cannot be as easy as it may look under a possible Biden presidency. Of course, the reelection of president Trump in November will further supplement the status quo with additional sanctions and kill any prospect of diplomacy in keeping the JCPOA alive.

Naser Koshan is a DC-based freelancer.