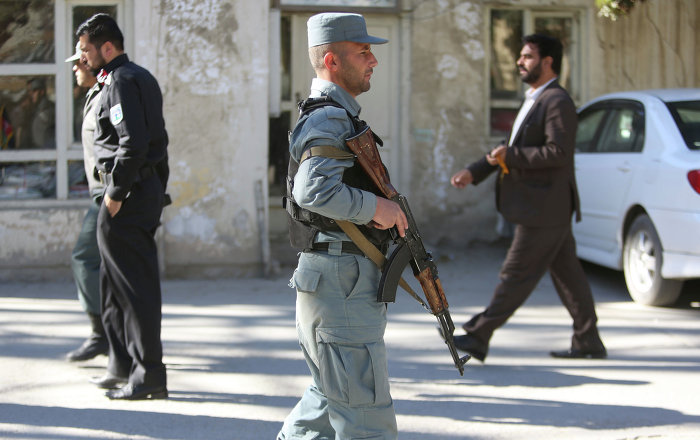 As many as three police forces were killed and one other was wounded in a Taliban planted roadside bomb in Tarinkot, capital of the southern Urozgan province. Spokesperson for Urozgan governor, Zargai Ebadi, told Kabul Now that the incident took place around 11:00 AM today, July 29.

Moreover, local officials in Ghazni and Parwan provinces confirmed to Kabul Now that two civilians were killed and three others wounded in crossfires exchanged between Afghan security forces and the Taliban.

The news come hours after the militant group announced a three day ceasefire on the occasion of Eid al-Adha. The statement issued on late Tuesday, July 28, asks the Taliban fighters to retain launching any offensive operations against Afghan security forces during Eid days. It further instructs the Taliban militants to counterattack with full capacity if they become under attack during the truce.

“No one is allowed to enter the areas controlled by the enemy, neither the enemy are allowed to make it to our territories,” part of the Taliban announcement reads.

The Taliban truce announcement was immediately welcomed by the Afghan government. Spokesperson for President Ashraf Ghani, Sediq Sediqi, described it as a “significant step” adding that the government asks for a permanent ceasefire and imminent start of direction negotiations with the Taliban.

“President Ashraf Ghani also instructed Afghan security and defense forces in the country to observe the three-day ceasefire and not to carry out operations against the Taliban until the ceasefire is violated by the Taliban,” Sediqi noted in a tweet last night, July 28.

Welcoming the Taliban truce announcement, Chairperson of the High Council for National Reconciliation, Abdullah Abdullah, also hoped for start of intra-Afghan negotiations and a long-lasting ceasefire between the government and the Taliban after end of the three day truce.

The reciprocated three day truce was widely welcomed by international parties engaged in the Afghan peace process with most of them hoping for a quick move to intra-Afghan negotiations.

The US Special Representative for Afghanistan Reconciliation, Zalmay Khalilzad, expressed hope that this Eid brings Afghans together in understanding and mutual respect and one step closer to a sustainable peace. Additionally, the US Chargé d’Affaires to Afghanistan, Ross Wilson, separately welcomed announcements of the truce. “I look forward to both sides fulfilling their commitments and moving quickly to intra-Afghan negotiations,” he stated.

A problematic and yet incomplete prisoner swap – primarily scheduled for March 10 in US-Taliban peace deal – is seen as key barrier against the long awaited intra-Afghan talks with the Taliban. The two sides still have to release 100s of prisoners for meeting the major requirement of commencing intra-Afghan talks. Though all the warring parties usually describe the prisoner releases as a significant progress in the peace process, they have repeatedly blamed each other of violating the US-Taliban peace agreement signed on February 29 in Doha, capital of Qatar.

“As we are taking steps towards peace, the prisoner release process plays a big part in building trust and shortening our path towards that end,” said Mullah Haibatullah Akhundzadah in his Eid felicitation message to the Afghan people. Terming the prisoner exchange as a “key development”, Akhundzadah accused the “other side” – pointing to the Afghan government – for delaying the process.

Reacting to the truce announcements, the UN Assistance Mission in Afghanistan (UNAMA) noted that further prisoner releases and reduction in violence should now pave the way for quick start to intra-Afghan negotiations.