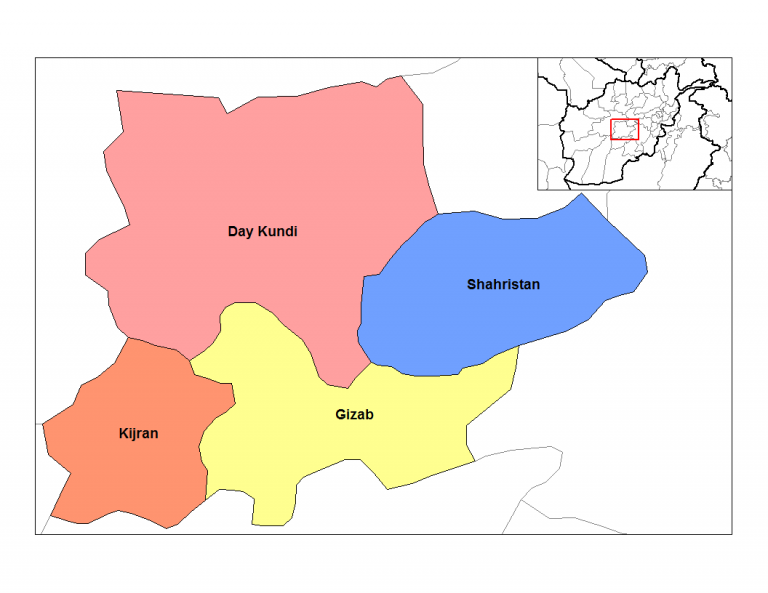 The Taliban insurgents carried out a new attack on security check post in Kijran district of Daikundi province, in which 10 pro-government forces were killed and seven others were wounded.

Sakina Ehsani, spokesperson for the governor office of Daikundi, said that on mid-Friday night, the Taliban insurgents attacked on security check posts in Sang-e-Seya and Bazaar Mushtarak areas of Kijran district.

The security forces pushed the Taliban back but they can still pose threats to Kijran district. The Taliban insurgents also suffered heavy causality.

In last two months, Kijran district has come under attacks, and so far the Taliban have launched fives attacks on the district, inflating causality toll on security forces.

The clash between the pro-government forces and the Taliban insurgents have displaced thousands of residents. According to government sources, as many as 1,800 families were forced to flee their live stokes, houses and villages.

Local officials say that government forces have killed as many as 10 Taliban fighters.

Afghanistan’s central Daikundi province has been one of the safest provinces. The government controls major districts in the province. The Taliban constantly conduct assaults on security forces in Kijra and Nawmish districts of the province.