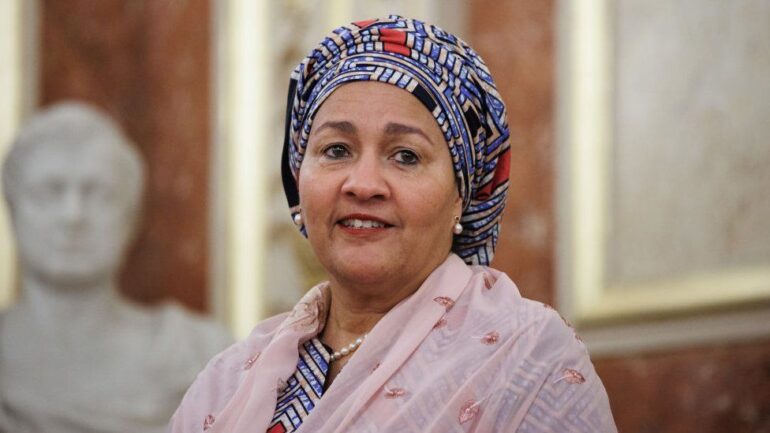 Speaking to Al Jazeera following her trip to Afghanistan, the UN Deputy Secretary-General, Amina Mohammed, said that she went to Afghanistan to amplify the voices of Afghan women to the Taliban and that she was ” very focused on getting those messages across.”

For Amina Mohammed, a Muslim woman and the second most senior UN official, what the Taliban has been doing is “an aberration” and in contradiction to the teachings of Islam. “I’m a product of education and the Deputy Secretary General of the United Nations,” she said. There had been “some progress” made on women being allowed to work as aid workers, the Taliban, Amina Mohammed said, had altered its edict to give exemptions for women to work in the health sector. But that, she said, was “not enough.”

But the fact that some Taliban leaders in Kabul and Kandahar sat down with her and the delegation, which included the Executive Director of UN Women, Sima Bahous, was a sign of progress. “We’ve opened up a crack and we hope that through the reversals, we can eventually get to a stage where you neutralise those edicts and women are back in school and girls and of course, in the workplace,” she said.

During their meetings, Amina Mohammed said, she was told by some of the group’s leaders that “it was haram for me to be sitting in the room with them when I pushed too hard. That for me was a progress, because haram or not, I was sitting there and I was delivering messages.”

In a separate interview, Sima Bahous said that they had been told by some of the group’s leaders that “maybe, we shouldn’t be here without our mahram.”

In meetings with the UN delegation, the Taliban leaders had each pressed for the group to gain international recognition. It was a “surprise,” Amina Mohammed said.