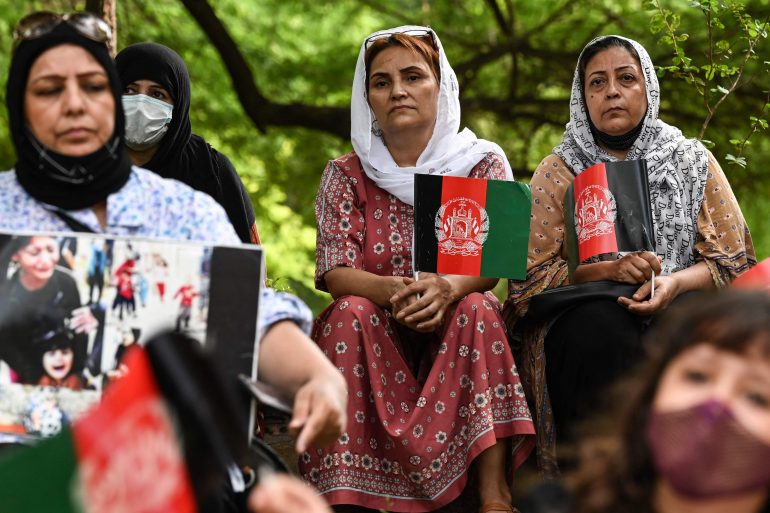 I went to some of these asylum seekers to understand the current situation. Ramesh (pseudonym) is a 19-year-old who says he has lived in destitution with his two sisters and parents in Delhi for more than four years and six months. His parents were once employees of one of the Afghan state media.

Running from danger and the Taliban’s hunt, they settled in New Delhi to apply for asylum and go to a third country.

Ramesh says that during these four years, no news has been received from the United Nations High Commissioner for Refugees (UNHCR) in India about the status of their case for immigration to a third country, and they are living in absolute misery.

He says that based on the asylum criteria provided by UNHCR, Afghan applicants can apply for asylum in Canada, Australia, and the United States from India.

He is unhappy with the situation and says that in all these years, he did  not have a good memory of being a refugee and an asylum seeker. According to Ramesh, uncertainty and not being able to continue his studies are the worst things he must struggle with on a daily basis. Ramesh says that the problems are so significant that apart from Lajpat Nagar and Bugal Do, in Delhi, two areas where most Afghans live, no one gives houses or hotels for long or short-term rental.

He says that according to Indian law, Afghan refugees can only work as vendors or peddlers; they are not permitted to work in other sectors or industries. This is very difficult for those without income from Afghanistan or from relatives living outside Afghanistan. I asked him why the UNHCR did not help. He replied: “They do, sometimes they give us low-quality food items,  or Rs 5,000 (Indian Rupees, equivalent to $60 USD) every 13 or 15 months. “

But the sad story of Afghans Refugees in India is not limited to Ramesh.

Saber (pseudonym), whose brother has worked with ISAF (International Security Assistance Force) in Afghanistan, says they have been living an uncertain life in India for nine years. Criticizing the performance of the UNHCR in India, he says that they do nothing except exhibit show and  drama. He married an Indian girl two years ago, but his marriage has not changed his status—in terms of permission to work or other social advantages.

Saber says he does not see any future for himself and his family in India. He says he was determined to finish his master’s degree and Ph.D. studies in India, but couldn’t afford tuition fees. When I asked him about his experiences in India, he said that “As a refugee, I have few good memories but many bad ones” He added that  he must pay bribes even for a survival job in this country and his marriage to an Indian citizen did not help him but added to his problems.

Saber says there is a problem even for those who want to escape this miserable condition and return to Afghanistan. They have to pay enormous fines to the Indian government, which is sometimes beyond the ability of bigger families with no income.

To better understand the plight of Afghan refugees in India, I talked to Shakib Ludin, an Afghan Scholar in India. Ludin is a Ph.D. Scholar in Economics at the University of Lucknow, India.

He says there is a severe refugee problem in India, but he adds that part of the problem returns to Afghan citizens also. In the early stages, they registered their asylum cases to UNHCR with weak evidence and unreliable documents. Furthermore, other reasons for the slow processing times are the cohabitation of Afghan students with their families and the lack of attention from the UNHCR office to Afghan refugees’ plights in India. Because many Afghan refugees also simultaneously enjoy student status, this adds to more problems.

When I asked Ludin about the specific problem these refugees face, he said that lack of financial support, legal work permits, access to health care for Afghan refugees, and negligence and inefficiency at the Afghan embassy in New Delhi has made life difficult for these refugees.

But the story of Afghans’ life problems in India is not limited to a few specific people; it is the story of all those Afghans stuck in India as refugees. Waiting for even ten years sometimes, uncertainty for young girls and widows, and struggle to find a living are familiar stories for all Afghan refugees in India.