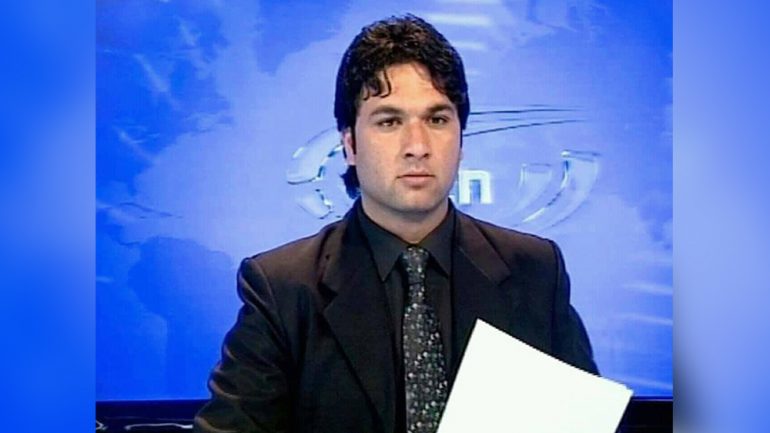 Hamid Saighani, a television presenter who was working with the Ariana News, was killed in a blast targeted a passenger minivan in west Kabul on Saturday, November 13, his wife, Fawzia Wahdat, who is also a journalist with the same TV network, confirmed.

The incident took place yesterday, around 05:00 PM, in Dasht-e-Barchi, a predominantly Shi’ite ethnic Hazara populated area which has come under deadliest bombings by the Islamic State Khurasan Province in recent years.

Confirming the presenter’s death, Afghanistan Journalist Center (AFJC) added that he was the 9th journalist to be killed in Afghanistan in 2021.

In a tweet late yesterday, Zabihullah Mujahid, a Taliban spokesman, stated that the minivan has apparently exploded after taking fire. He confirmed that one civilian was dead and two others injured as a result.

The eyewitnesses, however, told media that it was a magnetic bomb attached to the vehicle which went off sending a big flame into the air. They further said that the casualties of the blast is much higher.

Another civilian killed in the blast was identified as Habibullah Yousefi. He was working with the National Statistics and Information Authority, Esmat Soroush, his fellow villager and a journalist wrote on twitter.

The exact death toll has yet to be confirmed but the Reuters, citing an unnamed Taliban officials, reported that six people were killed and seven others injured in the incident.