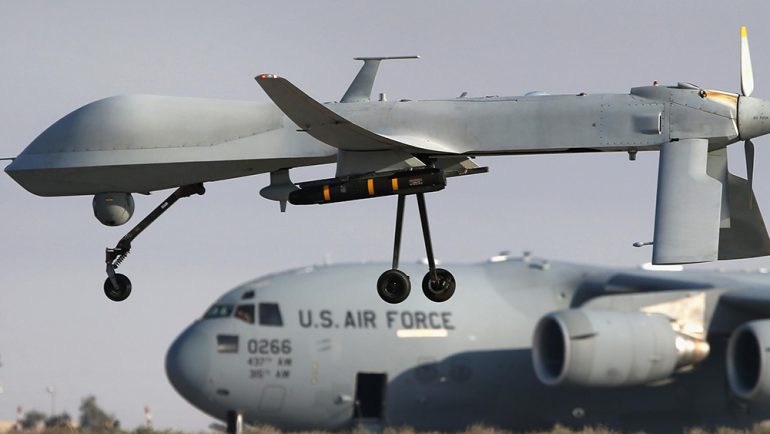 The Taliban government has claimed that US drones regularly violate Afghanistan’s airspace in contrast to the international law and the Doha agreement, the group said in a statement issued on Thursday, September 28. Earlier Pentagon spokesperson said that the US forces do not need to coordinate its airstrikes in Afghanistan with the Taliban.

“We recently saw United States violating all international rights, law, and United States’ commitment to the Islamic Emirate in Doha, Qatar, as Afghanistan’s sacred airspace is being invaded by US drones,” an English version of the statement issued today noted.

Warning of “any negative consequences”, the Taliban government called on all countries, especially the United States, to treat Afghanistan in the light of international laws, mutual respect and commitments.

This comes as Pentagon spokesman John F. Kirby said on September 24 that the US military forces have full authority over airstrikes in Afghanistan and do not need to coordinate with the Taliban.

In late August, the US air force conducted an airstrike in Kabul killing 10 members of a single family, including seven children. The United States initially said that they targeted a suicide bomber from the Islamic State Khurasan Province. , but later acknowledged that the assault mistakenly killed civilians.

After the New York Times disclosed that all the victims of the attack were civilians, the US Department of Defense acknowledged saying that the assault had mistakenly killed civilians.