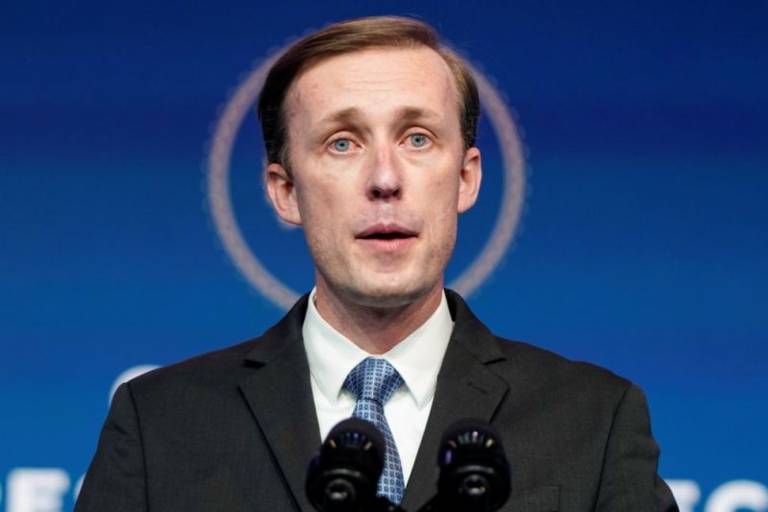 The new US administration announces that it will review the February 2020 US-Taliban deal, said a statement issued by the White House on January 22.

“The U.S. will support the peace process with a robust and regional diplomatic effort, which will aim to help the two sides achieve a durable and just political settlement and permanent ceasefire,” the statement said.

The Afghan National Security Advisor, in a tweet posted on January 22, said that Afghanistan will remain committed to Kabul-Washington partnership.

“I reaffirmed that Afghanistan remains committed to our foundational partnership with the United States and we will work closely together on security, peace, counter-terrorism and regional engagement,” Mr. Mohib wrote.

In my phone call with my US counterpart @jakejsullivan, I reaffirmed that Afghanistan remains committed to our foundational partnership with the United States and we will work closely together on security, peace, counter-terrorism and regional engagement.

The new US administration will assess whether the Taliban have remained adhered to its commitments to cut ties with the terrorist groups.

A surge in violence intensified after the US and the Taliban signed a peace deal late in February 2020. On January 17, unknown gunmen shot dead two female judges in Kabul. Though the Taliban deny involvement in latest wave of targeted killings, Afghan security and intelligence agencies blame the Taliban for surge of violence in urban centers including Kabul. Over last couple of months of at least 12 people, including journalists, women rights activists, government employees and NGO workers, have been shot dead in targeted killings which went unclaimed.

The slow-moving Afghan peace process has raised skepticism whether the process can put an end to conflict in the country. Some independent observers believe that in the February deal, the Trump administration gave more concession to the Taliban group, something, as they say, has made the group over-confident. As was agreed between the US and Taliban in the February agreement, the United States has agreed to pull out American and NATO troops from Afghanistan by May 2021 in return for counter-terrorism guarantees by the Taliban. The Taliban have agreed to engage in a power-sharing talks with the Afghan government and reduce violence.

For the first time in 19 years, the Afghan peace negotiators sat face to face with a Taliban delegation in Doha, Qatar, on September 12, 2020. It took months until the two sides agreed on principle and terms of reference (TOR) for a substantive talks. The second round of talks started on Saturday, January 09, in the Qatari capital, but little progress has been made as the two parties disagree on ranges of key issues.

The new US administration has made clear that Washington will remain committed to consult with the Afghan government, allies in NATO, and regional countries to develop a collective strategy to support a stable, sovereign, and secure Afghanistan in the future.

The Pakistani foreign minister, Shah Mahmood Qureshi, has said that Pakistan looks forward to a greater engagement with the new US government. Mr. Qureshi has called the Biden administration to follow up the ongoing Afghan peace process and stick to US troops’ withdrawal from the country.

The Biden administration will keep Zalmay Khalilzad, Trump’s especial envoy for Afghanistan reconciliation, in his place, said a report published by CNN. An American with Afghan origin, Mr. Khalilzad helped the previous US administration to broker the peace deal with the Taliban.