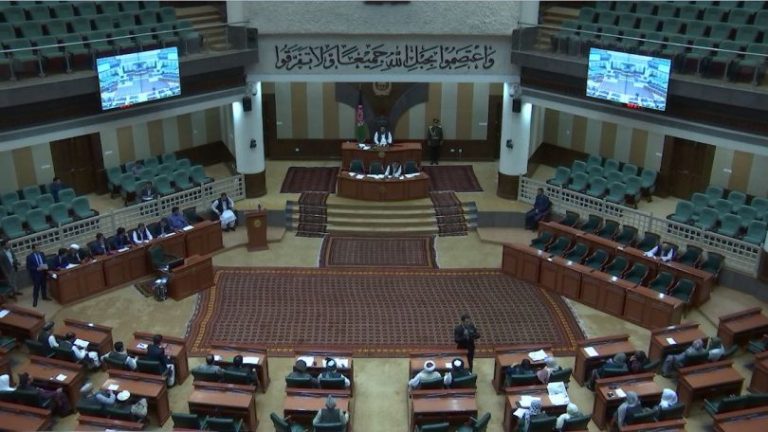 Afghanistan Senate has called on the US to stand by the government and people of Afghanistan and establish durable peace and stability.

A statement issued by the Senate today on Sunday, November 01, says that since the start of intra-Afghan talks, Taliban attacks in various parts of the country have intensified.

The Senate has also called on the Afghan government to pursue diplomacy and seek US support for Afghan security forces in the light of Kabul-Washington security agreement.

The Senate proposed Afghan government to form a regional and international consensus with mediation of Organization of Islamic Cooperation, United Nations, and its Security Council to have efficient intra-Afghan talks and achieve lasting peace.

Meanwhile, the Senate has expressed concerns about destruction of US military facilities in the country.

According to the statement, the US forces before leaving the country, either destroy their bases or transfer their military equipment to Pakistan.

The Senate has demanded the government to talk with the US officials and persuade them to hand over their military facilities and equipment to Afghanistan National Defense and Security Forces (ANDSF).

Since the start of Afghan peace talks in Doha, capital of Qatar in September 14, the  government peace delegation and the Taliban have become bogged down in setting principles for substantive negotiations.