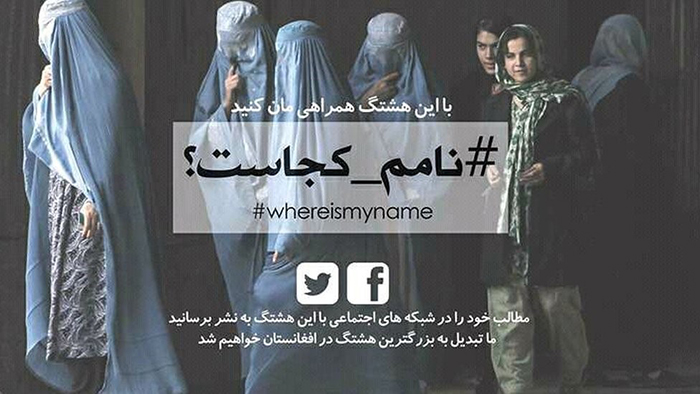 On September 17, President Ashraf Ghani, in an unprecedented move, signed a decree which allows registration of mother’s name in national ID cards. The presidential decree, however, roused opposition among conservative spectrum of Afghan society.

On September 01, nearly after four years, the country’s law committee, under constant calls by women rights activists, passed a draft bill on amendment of the law on registration of population which allowed inclusion of mother’s name in children birth certificates. On September 04, the Afghan cabinet approved the draft bill. Following cabinet approval of the bill, a number of conservative MPs opposed the plan, justifying that registration of mother’s name is contrary to Afghan custom.

President Ghani, notwithstanding oppositions, days later, wrote on Twitter that he and his government was committed to fully support inclusion of mother’s name in children’s national ID cards, locally known as Tazkira.

But the country’s National Statistics and Information Authority (NSIA) announced that registering mother’s name in national ID cards of children is not obligatory and those who feel comfortable can add mother’s name in their children’s ID cards.

A setback by NSIA, however, sent a sad signal to women rights activists who have long been campaigning for equal rights to identity in a country where identity is tied to power politics and tribal norms.

Describing identity as “power”, they set their struggle to seek equal rights to identity and fight against restrictive tribal culture which defines its core value in masculine domination over women.

Lala Usmani, 28, who is a graduate from Herat University with a major in Islamic law, says that Islam permits women to have equal rights to identity and it is the Afghan custom and a homegrown man mentality which resists against women rights to identity.

In tribal Afghan custom, women are not called by their names; they are identified as mother of, daughter of and wife of a man. The invisibility of women identity finds its root in an old culture which treats women as a creature whose invisible being serves tribal dignity and honor.

“We do not want mother’s name to be symbolically mentioned on birth certificate; we want the government to provide legal facilities for mothers”

Denial of women identity, as Ms Usmani puts it, has posed a series of legal challenges ahead of society. She says their struggle is set to pave a path for equal status and equal rights for mothers. “We do not want mother’s name to be symbolically mentioned on birth certificate; we want the government to provide legal facilities for mothers. For instance, if a mother wants to get ID card or passport for her child, it should be issued in the absence of child’s father, uncle or grandfather.”

Lala Usmani, who works with a child care institution, says that children who are living in child care houses, face a number of challenges when it comes to identity matters. Most children who live on the streets are single-parent—mostly living with their mothers—and they do not have ID cards, a problem which makes enrollment in shelter difficult.

Shah Gul Rezaie, an MP who supports women campaign for rights to identity, says registering mother’s name on ID card is the first step towards equal status between parents.

Mohammad Hedayat, head of press office of the second vice president, told BBC Persian that the law committee, chaired by Second Vice President Sarwar Danish, made no mention about nonobligatory registration of mother’s name on their children’s national ID card.

Durrani Waziri, deputy spokesperson for the President, told Kabul Now, that NSIA submitted a formal letter to the cabinet, asking the government not to make registration of mother’s name as obligatory. Authorities at the NSIA, confirmed the statement, saying that they have made this decision just to avoid a sensitive issue which is inflammatory given the current situation in Afghanistan.

MP Rezaie, pointing at Afghanistan’s social and cultural challenges, says Afghan lawmakers need to consider social realities when they make or amend laws. The Afghan society is not ready to accept new laws. “We need to move step by step, otherwise, it will not be in the best interest of women.”

Zahra Sepehr, a lawyer, however, says that women—notably mothers—are facing a number of legal challenges which are byproduct of laws passed decades years ago. Ms Sepehr believes that Afghanistan’s laws, particularly civil law, has been derived from Islamic law and partly it is a replica of foreign law.

In Afghanistan’s law, a father is endowed with patronage rights. Children, under 18, cannot travel without their fathers’ permission, and even in case of separation, mothers do not have the right to take her child under custody.

Given the current socio-cultural setup in the country, the plan to make registration of mother’s name as nonobligatory is the only possible way, Zahra Sepehr says.