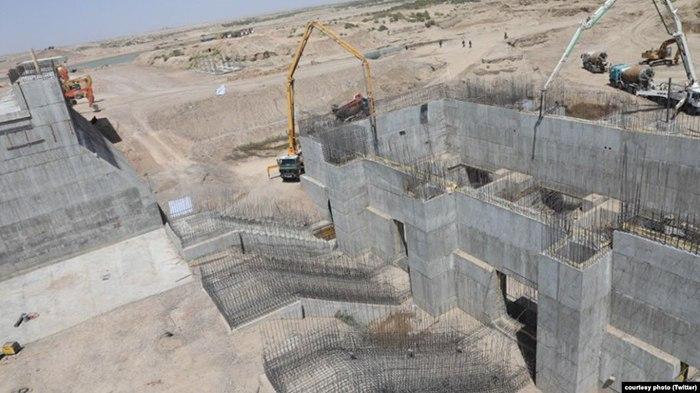 What factors lay behind recent violence in Nimruz?

The southwestern province of Nimruz which shares border with the volatile provinces of Helmand and Farah and also with Afghanistan’s neighboring countries, Iran and Pakistan, has recently witnessed an unprecedented hike in violence. As per account of the local residents and authorities, construction of Kamal Khan dam, poor leadership of security institutions, Taliban’s defeat in Helmand, and some other specific factors are behind recent waves of violence across the province.

The violence which erupted since last week is one of the deadliest battles during the last two decades. A total of 41 Afghan security forces were killed, two others wounded, and three were abducted by the Taliban from October 20 to October 23 in clashes with the Taliban in the southwestern province.

Nabi Frotan, deputy police chief of Nimruz, says that the Taliban have launched large scale attacks against security outposts in Nimruz after the militants were defeated while suffering huge casualties in the neighboring Helmand province.

“We are vulnerable in Nimruz for more than 3,000 terrorists faced a huge defeat by government forces in Helmand province. That’s why they are now targeting government forces [in Nimruz],” the deputy governor asserted.

He, however, assured people of Nimruz that the province will never become the center of terrorist groups. The local security official added that all the Taliban attacks were repelled in the province.

To prevent further casualties of security forces, the military council of the province has decided to relocate some security outposts after the situation got deteriorated in Nimruz. “The enemy has currently focused their attacks on Nimruz, so the security forces need to be equipped and well prepared,” said Rahmatullah Naseri, a commander of Afghan border forces in Nimruz. He added that they will probably relocate some other security outposts, which are vulnerable to the Taliban attacks, as well.

Poor leadership and lack of equipment

Lack of equipment and a low number of security forces are two main challenges that the government faces to fight against the Taliban militants in Nimruz. Though the deputy police chief, Frotan, says that they have already started supplying security forces with the required equipment and have stationed adequate government forces in the province, MPs of the province are cynical of the security leadership.

An army training center was recently opened in the province where up to 1,000 soldiers could be trained. To prevent further Taliban attacks, Naseri, commander of border forces in the province, called on residents of Nimruz to joint security forces and strengthen the army rank and file.

The deputy police chief, Frotan, says that it has been a month that “the supply of weapons and provision of equipment to security forces have begun. We have enough forces in checkpoints inside the city and in districts,” he added.

According to Nimruz MPs, the poor leadership of security forces, which has undermined the fight against the Taliban militants, cannot be ignored. Gul Ahmad Nourzad, who represents Nimruz in the Parliament, says that the Taliban militants are not capable of challenging government forces in the province but the poor leadership has made government forces vulnerable against the Taliban. “Although there are enough number of security forces and equipped sufficiently, the government forces have lost their fighting [morale] and ability. Competence is not considered in appointment of high level officials,” Nourzad claimed.

He called for prosecution of irresponsible officials who were liable for casualties of security forces. “Negligence has been committed in providing assistance to government forces and the issue must be investigated.”

The security turmoil in Nimurz caused Yasin Zia, chief of army staff, Abdul Saboor Qane, senior deputy minister of security, and Nazar Ali, deputy director-general of security to go to Nimruz and discuss the further equipment of army forces in the province.

Another factor that Nimroz residents believe has contributed to the hike in violence is progress in construction of Kamal Khan dam. The dam construction which initially started in 1966 was stopped after Afghanistan plunged in civil war. The dam’s construction was again started in July 2017 and is about to be completed. The project is said to prevent flowing Afghanistan water into Iran which is probably provoking the country’s government to create barriers against its construction by supporting the militants to make the area insecure. Six security forces who were guarding the dam were killed and two others wounded on Friday, October 23.

Sayed Wali Sultan, Nimruz governor, says there is no doubt that the enemy plan to destroy Kamal Khan Dam. “Our water must not be poured into other countries for free. Some people have used this water so free. We give Iran’s right to water as much as it is agreed in the accord signed between Musa Shafiq, then Afghan Prime Minister, and Iran’s then PM Abbas Hoveida. The additional amount of water [poured into Iran] is our water and we manage it,” he noted.

Meanwhile, Nizam Khaplwak, spokesman for National Water Affairs Regulation Authority (NWARA), told Kabul Now that more than USD 200 million was spent and 90 percent construction of the dam was already completed. He further stated that construction of Kamal-Khan dam will be completed within four months. This dam has the capacity of producing nine megawatts electricity and irrigates 184 thousands hectares of land.

Mr. Nourzad says that the construction of Kamal-Khan dam is challenging because, as he denotes, the current war is for water and its resources. “Most countries including Iran, Pakistan, Russia, India, Arab World, US and other countries are involved in Afghanistan’s war,” he claimed.

Taliban’s willingness to expand their control over transit roads and Pakistan’s fear of its Gwadar port being bypassed by Chabahar port are other likely factors, according to local authorities, that will contribute to intensify the violence.

Nimruz is a strategic province for connecting Afghanistan to Chabahar port, the nearest transit route to international waters for Afghanistan, and Milak border crossing to/from Iran.

Mr. Nourzad fears the day when an increase in infrastructure of Iran’s Chabahar port and a decline in import of goods through Pakistan’s Gwadar port would affect Nimruz and worsen its security condition. “As Chabahar is used [by Afghanistan], Pakistan tries to make Nimroz more insecure because Pakistan is concerned regarding the decline of transit level through its Gwadar port. Chabahar is a very important transit route for Afghanistan but expansion of its operation would harm Pakistan,” he explained.

Meanwhile, Nimruz Governor assures that the government forces are prepared to stop all “enemy” plans to block economic activity.

Moreover, Nimruz has been used for many years by human traffickers and drug smugglers as a safe heaven and corridor. Residents of the province are of opinion that these smugglers have also played a substantial role in making Nimruz insecure for their illegal activities. Therefore, they emphasize on the need to fight effectively against networks of human traffickers and drug smugglers.