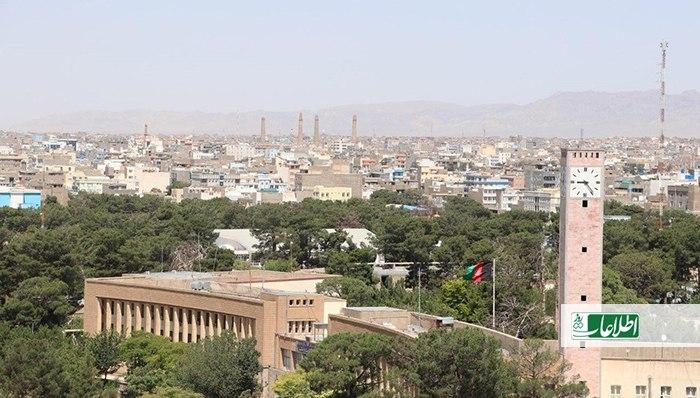 Concerns are high as Herat Directorate of Haj and Religious Affairs has handpicked a scout of vice and virtue to keep an eye on daily public activities in the city. The move to establish vice and virtue scout, a Taliban-style of police and punishment, this time in Herat, raises serious concerns about a potential human rights abuse at a time when the country is negotiating a power sharing deal with the Taliban.

Abdul Khaliq Haqqani, the head of Herat Directorate of Haj and Religious Affairs, says that they have picked a scout of three men to keep an eye on public places like cafés, restaurants, shopping centers, and ultrasound facilities in Herat city. “Female checkup in ultrasound facility by a male doctor stands against Islamic law,” Haqqani claims.

A number of people in Herat see the move a symbol of return to dark era of Taliban.

The head of Herat Directorate of Haj and Religious Affairs says that the scout of vice and virtue will keep an eye on public activities but they would not refrain to violence against people.

Restaurants under no circumstances can serve alcoholic beverages and hookah, Haqqani warns, saying that anyone found guilty of drinking alcohol, gambling or committing any other non-Islamic act, would be punished by judiciary institution.

But authorities at the Ministry of Haj and Religious Affairs in Kabul say that they are unaware of the move taken by local authorities in Herat.

In response to the move by Herat Directorate of Haj and Religious Affairs, office of the governor in Herat, has stated that as per governor directives, all local departments, including directorate of haj and religious affairs, are duty-bound and obliged to regulate and implement their policies within due procedure and framework.

Aziza Khairandish, an activist in Herat, in an interview with Kabul Now, said that some local authorities embrace extremist policies with the intention of securing Taliban support in post-peace settlement era. She called on the government to take serious action against any move which reflects Taliban values. “A large number of people share concerns over the move [of vice and virtue] undertaken by directorate of haj and religious affairs.”

Arzoo Yahyazada, a local reporter, says that the scout of vice and virtue must be stopped immediately. “Over last year, actions against women have increased in Herat. We will not allow extremist [group] to impose a restrictive act on us.”

The western Herat city has seen some alarming sectarianism in recent years. With a majority of Sunni population, the city is adjacent to Shia-dominated Iran. Some Herat residents believe that Herat is potential epicenter for political rivalries existing between Saudi and Iran and reemergence of extremist figures is linked to regional dynamics. Earlier this year, a local preacher, Mujib ul Rahman Ansari, prayer leader at Guzargah mosque, publicly preached anti-women sentiments in Herat society. He, too, picked a scout of vice and virtue, who set up checkpoint in Guzargah, Herat.

Herat Chamber of Commerce, however, says that Herat restaurants and cafés are giving services under a close watch, and in case of any illicit service the culprit will be chased by police and punished by laws.

In the framework of vice and virtue, Herat Directorate of Haj and Religious Affairs has undertaken move to monitor media contents, too. In an unprecedented posture, it has declared that the income source of some media organization—not naming exactly which media—are illegitimate. “If media publications [or productions] stand against Islam’s rule, the income they (the media) make are haram (religiously forbidden) and illegitimate.” Religious scholars will guide media in right direction if anything non-Islamic is observed in contents they produce, says Haqqani. “Many TV series and foreign dramas dubbed and aired in the country promote culture of illegal relationship, murdering, kidnapping, and eloping.”

Most local TVs in Herat cover their administration cost by running ads.

Habibullah Farahi, managing director of Asr, a local TV channel, told Kabul Now that running ads of domestic corporations makes the only income source of local TV channels. “Do these corporations run illegal businesses or do illicit activities,” he asked, pointing to remarks made by Haqqani.

Nai, supporting open media in Afghanistan, a media rights watch, however, terms Haqqani’s remarks on media contents as ‘irrelevant’ and baseless. Hamed Momen, head of Nai office in Herat, called on government officials and media organizations to file a complaint letter with the Media Complaints Commission. Haqqani should substantiate his claims by documents, otherwise media organizations will take legal action against him, he said.