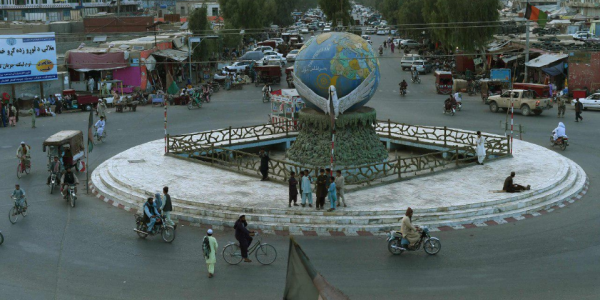 The Taliban have kidnapped two staffs of the Da Afghanistan Breshna Sherkat (DABS) in Lashkargah city of the southern Helmand province as clashes between the Afghan forces and the Taliban are underway in parts of the province.

“The Taliban have taken control over substation and they have disarmed eight security guards of the substation,” according to Mr. Tawhidi.

The spokesperson for DABS said that simultaneously as the Taliban attacking on substation, locals have entered the building of the substation; they have party destroyed the building and stolen power facilities.

This comes while clashes continue between the Afghan security forces and the Taliban in parts of Helmand province.

Omer Zawak, spokesperson for Helmand governor, confirmed clashes are underway between the Afghan forces and the Taliban militants in Shahrah 601, Babaji, Nad Ali, Nawa and Yakhchal areas of the province. He said the Afghan commandos along with Afghan air force are fighting to cleanse these areas from the militants’ presence.

Tariq Arian, spokesperson for the Ministry of Interior, said that as many as 80 Taliban militants were killed and 100 others wounded in operations conducted by the Afghan forces.

The office of Helmand governor, said that the Afghan forces have arrested Taliban shadow governor for Helmand, Mawlawi Ghafor, with a number of militants. Mawlawi Ghafor was commanding Taliban fighters in Helmand, according local officials.

The southern Helmand is restive and Taliban fighters control parts of the province.