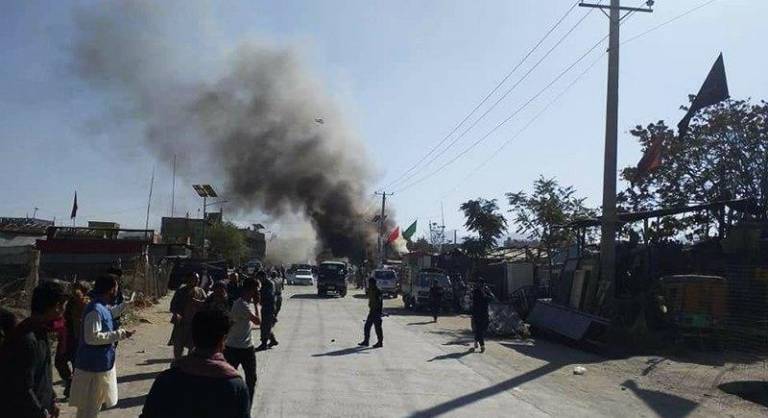 As many as three people were killed and 10 others wounded after a magnetic bomb attached to a car went off in PD10 of Kabul city, Kabul police confirmed.

On the other hand, head of martyrs and disabled affairs of Badghis police department, was assassinated by unknown armed men in Qala-e-Naw, capital city of the western Badghis province.

Hessamuddin Shams, the province governor, told Kabul Now that the incident took place around 08:30 AM today, October 27, in 5th district of Qala-e-Naw.

No group has claimed responsibility for the two incidents so far.

The Taliban, however, have recently increased their targeted killings usually targeting government employees in cities with magnetic bombs and roadside bombs.