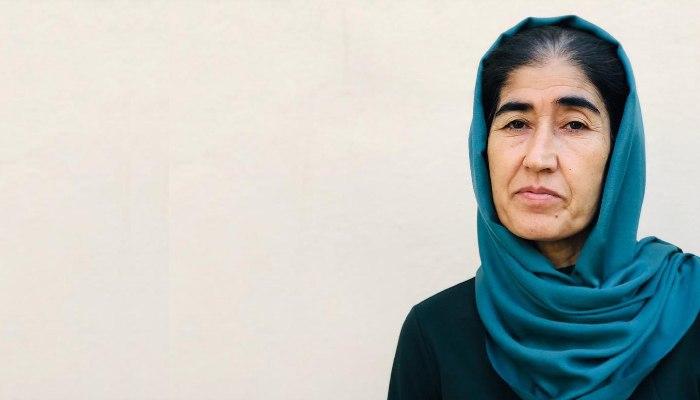 Wakila Karim tells story of 30 years of her service

“I was the only female medical doctor at Faizabad state-run-hospital, where just four beds were allocated for female patients,” says Wakila Karim, who has dedicated her career to serve the underdeveloped mountainous Badakhshan province.

When I was a child, Ms. Karim, 55, says, I saw many mothers losing their lives while delivery. The Afghanistan, she spent her childhood, witnessed a high maternal mortality rate. Every once a week, a mother would die while giving birth, she now recalls.

Having seen a bad situation, the young Wakila decides to study medical science and become a gynecologist.

Born in 1965 in Faizabad, Badakhshan, Ms. Wakila has spent thirty years of her professional life in her home country. Her father was a hardworking government official serving the country, under King Zahir Shah. Her mother was a decent housewife, she says.

Afghanistan, under King Zahir Shah, was progressing slowly where not every ordinary Afghan household was able to educate their children. Only a privileged tiny middle class in urban areas of the country were able to educate their children. Wakila and her ten siblings were privileged enough to attend schools and get education as most Afghan children in 1960s were condemned to carry the heavy burden of a tough life with little prospect for future.

Wakila completed eight grade by the time the leftist Khalqi generals overthrew President Daud Khan. The April coup of 1978 put the country into a new trajectory: war and bloodshed. Under the communist regime, as Afghanistan was grappling with new challenges including a mujahedeen insurgency, the ambitious young student put all her force behind her dreamed career. She graduated high school, passed Kankor, university entry exam, and chose to study medical science.

In 1983, Wakila Karim finally made her dream come true. She enrolled at Medical Institute of Kabul University. “I felt comfortable studying with boys in a class. I would sit and study with them,” says Wakila.

Kabul University, under the communist regime, was enjoying a culturally liberal environment where girls and boys could wear the cloths and dresses of their choices. But politically it was repressive—oppressing rival ideologies, those thought and philosophies which were challenging the official state ideology: Marxism–Leninism.

In 1989, Wakila Karim graduated from Medical Institute of Kabul University. Having studied her dream subject, she went to her home province and joined a 30-bed state run hospital in Faizabad. She was the only female gynecologist in the whole province by the time she started her career.  “I loved serving mothers; that was why I chose to go back to Badakhshan where medical facilities were limited and [health] services for mothers were [poor]”.

In 1990s, Ms. Wakila along with a number of medical doctors who were hired by Agha Khan Institute and World Health Organization undertook training programs of midwifery for locals in Badakhshan. They would travel to mountain locked districts to train midwives, and as a result, they trained around 200 midwives in Badakhshan.

The northeastern Badakhshan is an underdeveloped province where communication services are poor. Most Badakhshan population still use animals as means for transportation in the districts which are far away from the capital Faizabad.

“I had no holiday. People who had patient would come to me, requesting me to check their patients, no matter whether it was day or night.”

Later, the local government gave a Russian military jeep to the hospital. In mid 1990s, Mujahedeen militias, Ms. Wakila recalls, shot the vehicle carrying her, and at one point, a Mujahedeen commander stopped her jeep, telling her to either wear burqa or quit her job. I left my job, she says, but rejoined the hospital later, as a dire demand for mother health services was on the rise, this time wearing burqa, she recalls.

Ms. Wakila Karim wears a painful expression when she talks about human suffering and dire poverty in Badakhshan. She worked for months and years without being paid. She recalls the state of a pregnant mother who had carried her child for two years in her womb—unable to deliver as impoverished she was.

Health services have undergone a tiny improvement in Badakhshan in recent years but there are many shortcomings when it comes to public health services.

“I am satisfied with health of mothers. Almost my entire patients receive pre and post natal services. The level of awareness has increased and economy of people has improved. There are clinics and hospitals in most districts of the province.”

A large number of Badakhshi girls still end up in early marriages and premature pregnancy. Out of 20 patients Wakila checks up every day, two to three of them are under 18. Sometimes, mother in laws take their 13 or 14 year old daughter-in-laws to hospitals and ask for infertility treatment.

Although maternal mortality is on decline since 2001, according to a study jointly conducted by UN and the Afghan government, out of 100,000 mothers, 800 to 1,200 of them lose their lives while delivery.

Ms. Wakila lives with her mother in Faizabad. A single medical doctor, she seems committed to dedicate rest of her life to serving mothers in her home province.