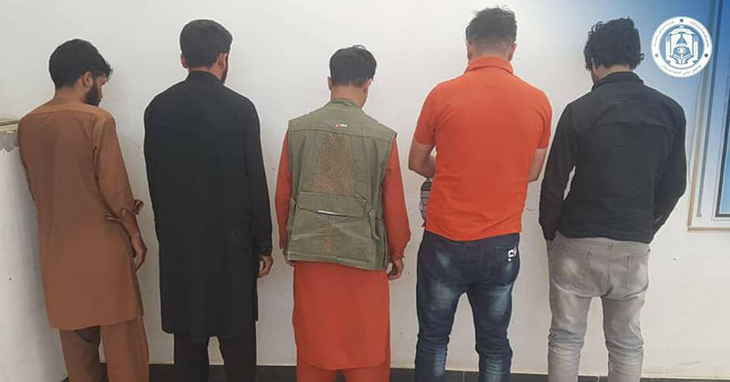 Police forces arrested six men in connection to a gang-rape which was attributed to armed men affiliated with MP Khadija Elham Khalili in the northern Kapisa province.

Issuing a statement today, September 29, the Ministry of Interior (MoI) said that the men were arrested in Kohistan district, where the incident had taken place, in a police operation. According to the MoI, one of the suspected rapists who tried to escape police arrest was shot and wounded.

A Kalashnikov and some military equipment were also seized during the operation.

A local security official, who spoke on condition of anonymity, said Saturday, September 26, that a group of armed men affiliated with MP Khadija Elham Khalili had forcibly abducted and then gang-raped two women in Kohistan district of the province.

The two women who had gone to Kapisa for picnic and were returning to Kabul along with one child and three young companions were forcibly taken to the district.

The source further confirmed that the armed men have raped the two women inside the MP’s house.

MP Khadija Elham Khalili has yet to comment regarding the incident.