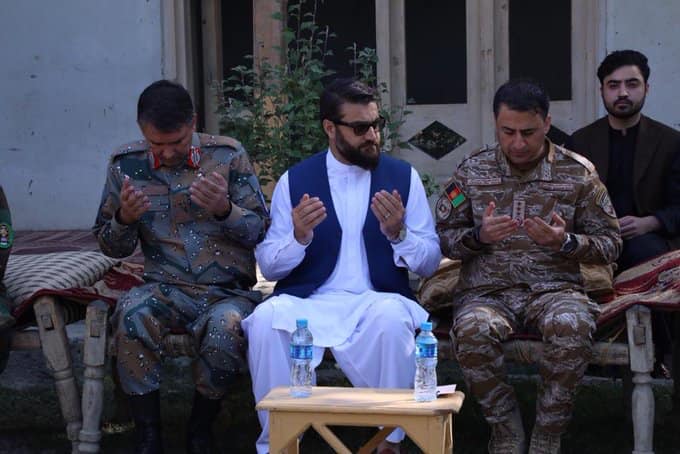 His Kunar visit comes while days ago the Pakistani forces launched several cross-border shelling which hit Sarkani district and Asadabad, the capital of Kunar province, leaving several civilians dead and wounded. According to Afghan media, the Pakistani forces have built military establishment at border point between the two counties.

Local sources in Kunar say that eight civilians were killed and ten others were wounded in cross-border rocket shelling by Pakistani forces.

The two nations have border dispute over the Durand Line—the official demarcation between Afghanistan and Pakistan—ever since Pakistan was established. The Afghan ministry of foreign affairs has officially protested against cross-border shelling by Pakistani military forces and the Afghan government has filed complaint letter against Pakistan’s cross-border shelling in United Nations Security Council, according to some reports.