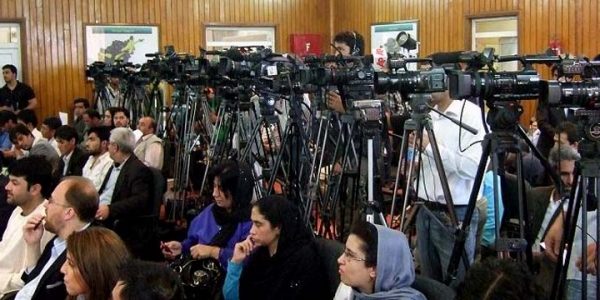 Afghan journalists call for ending impunity to crimes against journalists

In an open letter to President Ghani, a number of journalists called for an end to the culture of impunity to crimes committed against journalists and media workers.

The letter signed by more than 200 journalists has been published by the Afghan Journalists’ Center today, July 01, in Kabul. They expressed concern on the impunity from punishment for crimes and the high level of violence committed against journalists in Afghanistan. The letter emphasizes that the impunity would also damage the development of professional journalism in the country.

The signatories to the letter called on the President to pay serious attention to security concerns and the Afghan media community and not to allow the culture of impunity to be institutionalized in the country.

Reporters also said that all those accused of violence or posing threats against journalists, including officials, government employees, and security forces, must be prosecuted. To that end, a special online registration and information center should be established under the oversight of the Joint Committee of Government and Media.

Referring to the killing of journalists in the last two decades, the letter called on the joint committee to follow up the murder cases of the journalists and develop a timeline based action plan to prosecute these cases.

Reporters went on to explain that the perpetrators who are member of terrorist groups and illegal armed groups must be also added in the prosecution list.

Reporters also stressed that the president and government leaders must ensure that those who have neglected or hesitated to enforce the law on the perpetrators would be punished too.