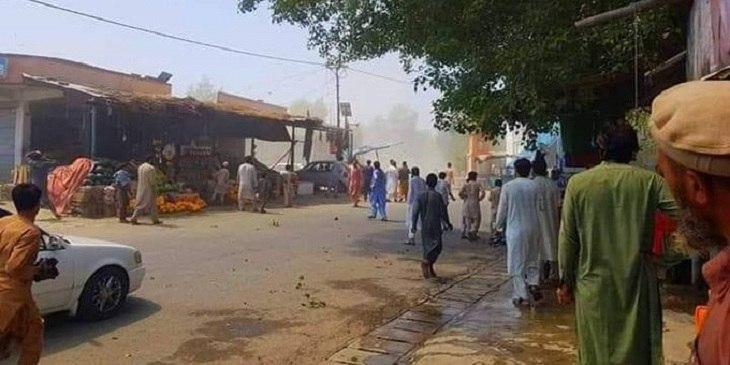 18 killed in violence erupted across Afghanistan

As many as 18 people, including pro-government forces, were killed and 21 others wounded as the result of violence erupted between the warring parties in different provinces since Monday, July 06, according to local Afghan officials.

Police commander of Ghazni’s Dehyak district was killed along with three of his comrades earlier today, July 08, in a Taliban roadside bomb explosion, according to Wahidullah Jumazadah, spokesperson for Ghazni’s governor.

Nangarhar’s car bomb attack and Paktia’s roadside bomb explosion took place on Tuesday, July 07, resulting in killing of four security forces and wounding 13 others, including nine civilians, as per accounts of the respective local officials. The local officials attributed the two incidents to the Taliban militants.

On the other hand, at least ten Taliban insurgents, including a group’s judge and several commanders, were killed in the northern Baghlan and Badakhshan provinces as the result of ground engagements with Afghan forces and airstrikes conducted by the Afghan Air Force. A total of eight members of the militant group were wounded in the attacks conducted on Monday, July 06, according to spokesmen for police chiefs of the two provinces.

In a statement issued on Tuesday, July 07, the Ministry of Interior said that an elite unit of Afghan police force have seized three weapons cache of the Taliban in Barak-e-Barak district of Logar province. According to the statement, different types of heavy and light weapons were stored at the caches in the eastern province.