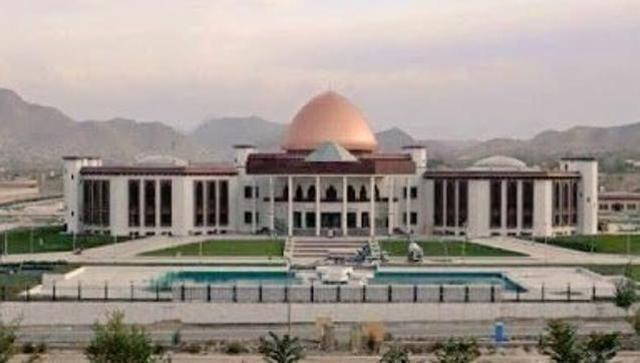 Nearly after a month-long assessments by the parliament’s finance and budget committee, Afghanistan national budget draft plan will be put for debate on Wednesday’s general assembly of the parliament. The draft plan had been approved by the senate nearly a month ago but it became controversial in the upper house, Wolesi Jirga, after the Ministry of Finance sent it to the parliament for approval.

Some MPs criticize the draft plan, saying it an unbalanced budget plan which has a limited number of new development projects.

Abdul Qader Qalatwal, an MP who represents the southern Zabul province in the parliament, says that there are very few projects considered for third-level provinces like Zabul, Paktika, Ghor, and Nuristan. He added that some other projects considered in the draft plan are either from previous years or planned at areas where they are not implementable due to security issues.

As an instance he points out to development projects planned for Shar-e-Safa (Jaldak) district of Zabul province. “[Digging] deep wells considered in 1399 Fiscal Year are those projects which had been planned for the district in the budget plan for 1397 Fiscal Year,” he detailed. The MP refers to Shahjoy-Arghandab highway (36 Km) as an instance of projects which are not implementable due to security problems. “We have to consider those projects which are implementable,” he noted, proposing constructing roads for Nawbahar, Shamalzai, and Shinkay as replacement projects.

Mr. Qalatwal also stressed on transferring the projects to areas where the security situation is better.

Zakia Sangin, a member of the parliament’s budget committee, said that after inspecting the budget plan, the committee transferred projects considered for insecure areas to secure regions. “Still some percentage of the budget has been kept in order to do the initial works.”

Abdul Aziz Hakimi, an MP from northern Parwan province, says the draft budget plan is unbalanced and not standard. He said that only 11 development projects have been added to the budget plan for 1399 Fiscal Year.

The draft plan of the national budget for 1399, however, states that there is an eleven percent increase in the budget amount comparing to that of last year. As indicated in the draft plan, the increase has been made to the non-discretionary development budget in order to make the most use of donors’ aid within the capabilities of the government agencies.

According to the plan, the highest amount of the discretionary development budget has been allocated to covering up expenses of underwork projects. “More money is needed to complete underwork projects,” part of the draft plan reads, noting that the government has no other option rather than prioritization and dividing the financial pressure caused by financial limitations.

According to Hakimi, the underdeveloped or third-level provinces are not benefiting from these 11 development projects newly included in the national budget plan. He went on to harshly criticize the Ministry of Rural Rehabilitation and Development for not distributing development projects in a balanced manner across Afghanistan.

Keramuddin Reza Zadah, an MP who represents the central Ghor province in the parliament, also criticized the budget plan for not having included infrastructure projects and power dams in Ghor province. He asserted that the highway which connects Ghor province with Herat and Kabul and was left under-constructed needed to be included in the next fiscal year’s budget plan.

Changes made by parliament’s budget and finance committee

According to Zakia Sangeen, a member of the parliament’s budget committee, the committee’s members have decreased the budget considered for contingency codes and transferred the deducted amount to other budget codes, and transferred the projects planned for insecure areas to secure areas. According to her, they have also allocated more budgets for budgetary units who performed well during past year and removed the budget considered for a new establishment within the government – without naming the establishment.

She said that the budget plan is set to be put to the vote during upcoming general assembly of the parliament on Wednesday, January 15.