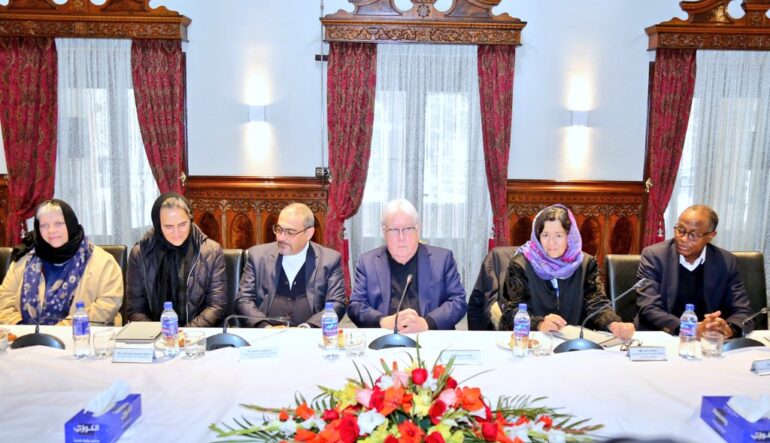 The Under-Secretary-General for Humanitarian Affairs and Emergency Relief Coordinator, Martin Griffiths, arrived in Kabul on Monday and met with the Taliban foreign minister, Amir Khan Muttaqi, a Taliban spokesperson has said.

Hafiz Zia Ahmad, the Taliban’s deputy foreign ministry’s spokesperson, said in a Twitter thread that the UN aid chief is being accompanied by the head of Care International and the Deputy Executive Director of UNICEF, had discussed “security, humanitarian aid and women’s work and eduction.”

Martin Griffiths, according to the Taliban official, has pledged that the UN would provide “$4.6 million dollars” in aid this year.

The UN aid chief’s visit to Kabul was scheduled following the group’s announcement of the women ban.