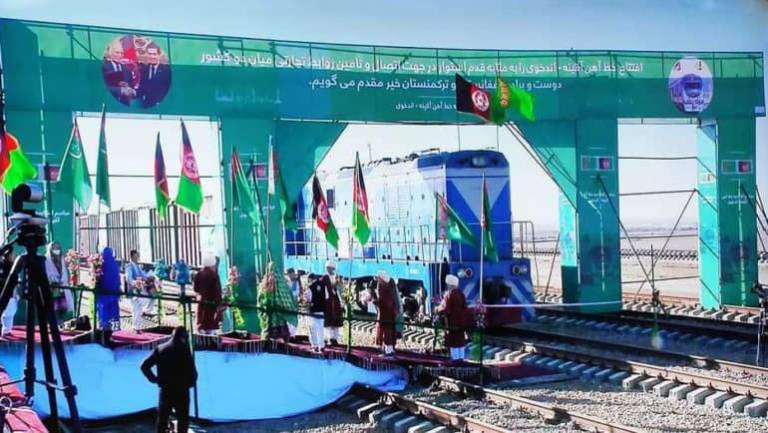 Speaking at the ceremony, President Ghani and President Berdimuhamedow said the railway line would expand economic ties and regional cooperation between the two nations.

The Turkmen President assured that his country would continue to help Afghanistan and the Turkmens would stand by the Afghans.

Construction of the 30-kilometer Aqina-Andkhoi railway has cost nearly 30 million USD, according to Afghanistan Railway Authority.

In 2019, the two nations signed a Memorandum of Understanding (MoU) on construction of this 30-kilometer railway line.

The two leaders opened Turkmenistan-Sheberghan power and fiber-optic lines too.

Afghanistan is dependent on Turkmenistan’s power. The newly inaugurated power line would supply electricity to the country which is experiencing long hours of power-blackout on daily basis.