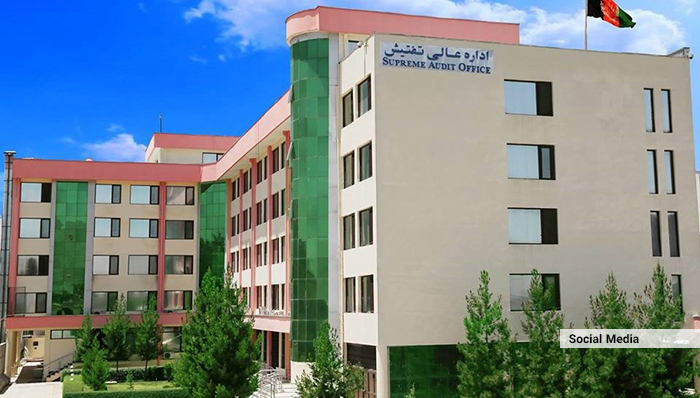 The Ministry of Finance (MoF) has illegally made large scale budget amendments – worth billions of afghanis—allocated for hundreds of development projects, according to an audit conducted by the Supreme Audit Office (SAO) on annual finance statements or Qatia account of the government for the 1398 fiscal year. The illegal budget amendments have disrupted dozens of national development projects, some for two-three years. The ministry has violated the national budget expenditure plan by allocating budgets to the projects which should have been cancelled for not completing requirements for the budget allocation.

Out of 676 development projects listed for the 1398 fiscal year, the MoF has reduced budgets of 249 projects beyond the limit (5%) set in expenditure plan. Out of these projects, 85 projects have undergone a complete budget reduction (100%) and budgets of 76 other projects have been declined to 50 – 99 percent. The audit report, however, does not specify where the reduced budget have been spent.

According to the audit report, the budget amendments are in contradiction to the article 47 of the Public Finance and Expenditure Management Law. The Law stipulates that the MoF may authorize adjustments of the approved funds at a level that “does not exceed 5% of the registered funds.” As stated in the audit report, such illegal performance may encourage authorities to make budget amendments for their personal interests.

Responding to the audit report, the MoF has said that the amendments have been set in line with the article 46 of the same expenditure law, and it has been approved by the President. The SAO, however, argues that article 46 is not applicable in this regard. “In the event of urgent and unforeseen requirements, the Ministry of Finance may propose to the President to change the purpose of part of a contingent expenditure appropriation of a state administration to a purpose of a program of the requesting state administration,” reads article 46 of the Public Finance and Expenditure Management Law, the English version of the Law. Even if the amendments are made according to the article 46, the cabinet have only approved budget amendments for nearly 20 projects [not for 676 development projects] on December 12, 2019.

Some state agencies have failed to implement dozens projects and spend more than half of the budgets allocated to the projects for two-three consecutive years. The MoF, however, has appropriated budgets for the unimplemented projects – these projects should have been cancelled as required by the budget expenditure plan. Meanwhile, the main reason for the projects which were not implemented is their allotted budgets were reduced.

The MoF, in contradiction to 1398 budget expenditure plan, has again allocated budgets to the projects in the current fiscal year (1399) too, according to SAO’s audit report. Article 23 of the budget expenditure plan says that the projects which have made no progress in two years shall be cancelled unless the in-charge authority comes up with a convincing reason for the failure. Article 38 of the document obliges all state agencies to spend their budgets and be held accountable to the Parliament.

Dozens other development projects in areas of energy supply, road construction, purchase of medical equipment, and etc have faced the same fate for years.

Terming the budget reduction of the projects as “illegal”, the SAO has expressed concern, adding that it will encourage foreign donors to refrain providing assistance for Afghanistan in the future. Plus, failure in implementation of the development projects will cause the Afghan government not to be able to meet its set target in development and infrastructure building.

Moreover, the SAO has found that dozens of development projects have undergone budget amendments worth billions of afghanis – contrary to the country’s budget expenditure plan – in last days of 1398 and first days of 1399 fiscal years. Describing the amendments as “illegal”, the SAO has accused the relevant state agencies and the MoF of just attempting to show their budget spending higher than 50 percent.

The annual budget statement of the government – Qatia accounts – reviewed by the Parliament’s commission on budget and financial affairs late in 2019 suggested that billions of afghanis had been spent without approval of the parliament during the Fiscal Year 1397– contrary to budget expenditure plan of 1397. According to the parliament’s commission, the MoF had transferred funds of 189 projects for different purposes which is also in contradiction to the expenditure plan.