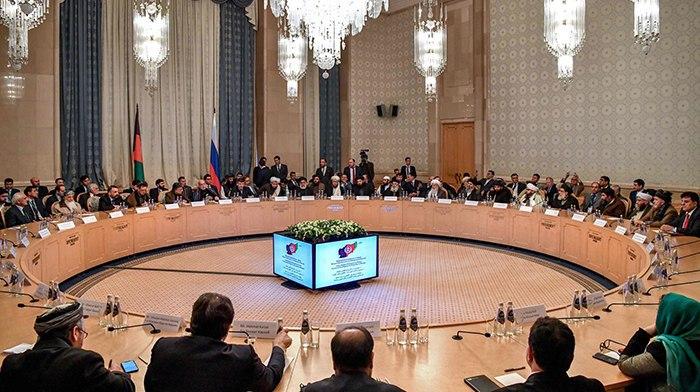 The Afghan government has announced that the first round of intra-Afghan negotiations will be held once the remaining 230 “hard-core” Taliban prisoners are released.

Speaking at the inauguration of a peace survey, conducted by Institute of War and Peace Studies (IWPS), on Thursday, August 27, Abdullah Abdullah, chairperson of High Council for National Reconciliation (HCNR), said that he was confident to announce that the intra-Afghan talks would commence in coming weeks.

Mr. Abdullah added that 21 members of government-led negotiating team are fully prepared and have a common view on peace talks. He noted that efforts by HCNR are underway to bring diverse views of members of the peace negotiating team on a single peace agenda.

On the other hand, the Afghan acting foreign minister, Hanif Atmar, in an interview with United States Institute of Peace (USIP) on August 27, said that with completion of the release of 400 Taliban prisoners, the number of released prisoners will reach 5,600. He called on the Taliban to abide by their commitments towards the peace process. The problems which hindered the intra-Afghan talks have been resolved, and there is a good opportunity for talks, Mr. Atmar added.

Speaking at inauguration ceremony of the survey, Nader Nadery, a member of the government-led negotiating team, said that ceasefire and protection of ‘democratic values’ are main priorities of the Afghan negating team in the coming peace talks with the Taliban.

The Afghan peace is a complex process which is influenced by regional powers.

Rahmatullah Nabil, former chief of the National Directorate Security, the country’s intelligence agency, who is a vocal critic of Pakistan’s Afghan policy, said: “Pakistan has been given a prominent role in the process.” Mr. Nabil, who was speaking at the inauguration ceremony, highlighted that Pakistan’s upperhand in the Afghan peace process is a serious matter of concern for the people of Afghanistan. It is a “proxy peace process” for the people, and the government does not have meaningful role in this process, he underlined.

Political rift within the Afghan government coupled with issues surrounding the coming US presidential election and the Taliban superiority will jeopardize the Afghan peace process, said Fawzia Koofi, another member of the government negotiating team who was also present on the occasion.

Also, Samiullah Mahdi, bureau chief of Radio Azadi, who was also at the panel, expressed deep concern over Taliban policy on freedom of press and expression.

Under the US-Taliban peace deal, signed in February, the intra-Afghan talks was set to take place on March 09 but it was impeded for various reason and rescheduled for August 16. However it was postponed again due to differences over the issue of prisoners release. The Afghan government has said that it will release the remaining 320 high-profile Taliban prisoners, if the Taliban set free the 22 Afghan commandos who are held in their custody.

IWPS survey, launched on Thursday August 27, suggests that 85.6 percent of participants are optimist about the outcome of talks between the two sides.

About 8,465 interviewees—of whom 64.30 percent are men and 35.70 women—from 17 provinces have been interviewed in this survey, and 34.28 percent of the interviewees have said that the Afghans would lose democracy and constitutional rule if talks are not handled properly; 32.31 of them have warned that a civil war would erupt if the talks fail to bring the warring parties on a single peace agenda; 40 percent of the interviewees have said that they would leave the country if an emirate rule led by an emir replaces the constitutional government; and albeit 10 percent of them have agreed with the idea of an emir ruler at the center of power.

About 36.7 percent of the participants have expressed concerns over Taliban violence; 25.49 percent have reported deep concerns over the group’s violence against women; and 22.29 percent expressed mistrust on Taliban’s independence in peace talks, saying that group are being used in favor of Pakistan’s Afghan policy.

About 68.8 percent of the participants have said that a republican system of government can guarantee peace, while 7.74 percent have favored an Islamic Emirate system.

About 55 percent of the participants have said that President Ghani should step down before the end of his reign, and an interim government should be established, whereas 27.52 percent have disagreed, and 16.81 percent have avoided answering this particular question.

About 35 percent of the interviewees have expressed concerns over the US withdrawal from the country, whereas 42 percent have favored the withdrawal of the US troops from Afghanistan.