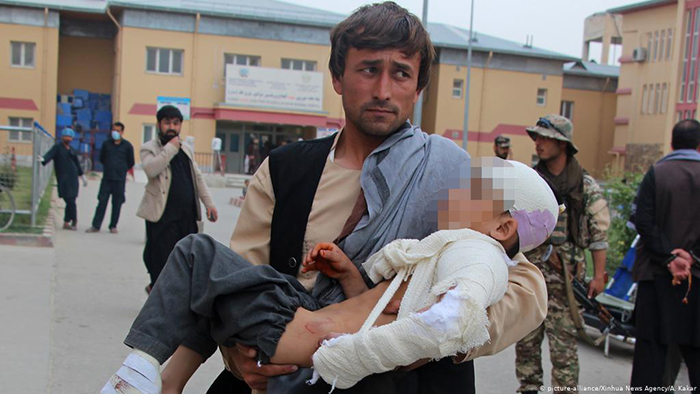 According to a report published by UN, more than 3,000 children have been killed and 3,000 others wounded and disabled in 2019. UN report says that these children were killed and wounded in conflict, planted mines, and suicide bombings.

The warring parties, notably the Taliban insurgents, are responsible for deaths of more than 1,200 children, and government forces and pro-government forces responsible for taking lives of 1,403 children, the report says. The report underlines that 242 children have been killed by ISIS and 55 others killed by unknown gunmen. 39 children have been killed in border clashes with Pakistan, and deaths of 140 children still remain anonymous, according to the UN report.

There is a decrease of causality rate of children in 2019 as compared to 2018, UN finding shows.

“Using roadside bombs, suicide attacks, and fighting the civilians using their facilities are the main causes of killing the children,” according to the report.

The Afghan National Security Council says that the Afghan government is committed in strengthening civil protection mechanism to reduce civilian casualties especially among children.  The Taliban have not made any clear stance on civilian causality.

On June 16, five children were killed and three others were wounded in mortar landings in Dehyak district and Esfanda area of the southern Ghazni province.

According to Wahidullah Jomazada, spokesperson for Ghazni governor, the Taliban fighters shot two mortars around 2:30 p.m. Mr. Jomazada added that the night before, on June 15, a child was killed and another one was wounded after the Taliban shot mortar on a civilian area.

No group has claimed responsibility for the attacks.

The southern Ghazni province is restive and the Taliban have active presence in parts of the province.