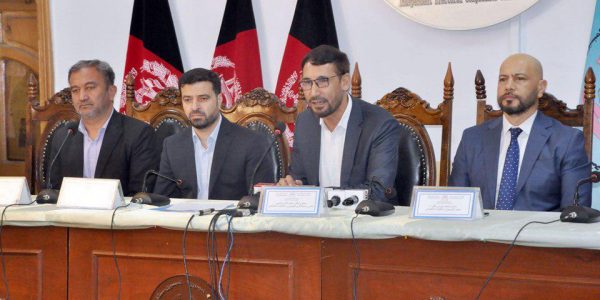 According to the statement, presidential ticket of Mr. Ghani has used Loya Jirga tent and other state facilities in its recent election campaign.

Speaking in a press conference on Thursday in Kabul, Mohammad Qasim Eliasi, an IECC commissioner, stated that no presidential ticket are constitutionally allowed to use titles such as prime minister or third vice president in campaigns.

He added that the IECC had already issued a notice to all presidential tickets, binding them to run campaigns as per the constitution.

The notice by IECC came after various presidential candidates publicly announced that they would create posts of third vice presidency or prime minister-ship in their tickets.

Afghanistan’s campaigning season kicked off on Sunday which is supposed to continue for two months according to the country’s election law.