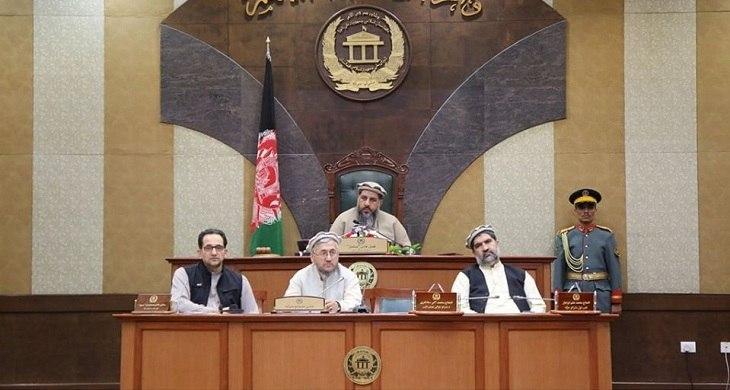 Some of the Taliban prisoners, who were released recently as part of the US-Taliban agreement, have returned to battlefields though they, in a written commitment, consented that they would not rejoin the Taliban fighters, claims the Senate Chairman, Fazal Hadi Mulimyar.

Addressing the general session of the Senate today, July 07, Muslimyar called for attention of the United States and of the Afghan government to the issue. He reiterated on the release of those Taliban prisoners who deliver on their commitments and are interested to continue a peaceful life.

“Brave Afghan security forces killed several Taliban [militants] who were creating problems for the people across Kabul-Jalalabad highway. Most of them were the Taliban militants released [recently],” the Senate Chairman asserted.

The claim was also confirmed by some other senators who accuse the Taliban of breaking their commitments. According to the senators, the militant group have launched offensives in the northern provinces of Takhar, Badakhshan and Kunduz.

The senators also called on the Afghan defense and security forces to shift from defensive position into offensive attacks in a bid to prevent reign of the Taliban on more territories.

Office of the National Security Council – assigned for managing the release process – have repeatedly said that all the Taliban prisoners are released after giving a written commitment to not return to battlefields. According to latest figures published by the two sides, a total of 4,015 Taliban prisoners have so far been released by the Afghan government and a total of 875 prisoners of the government have been freed by the Taliban in different provinces.

As per the US-Taliban agreement, signed late in February this year in Doha, the government is obliged to release up to 5,000 Taliban prisoners in return for the release of up to 1,000 prisoners of the government before start of the intra-Afghan negotiations with the militant group.